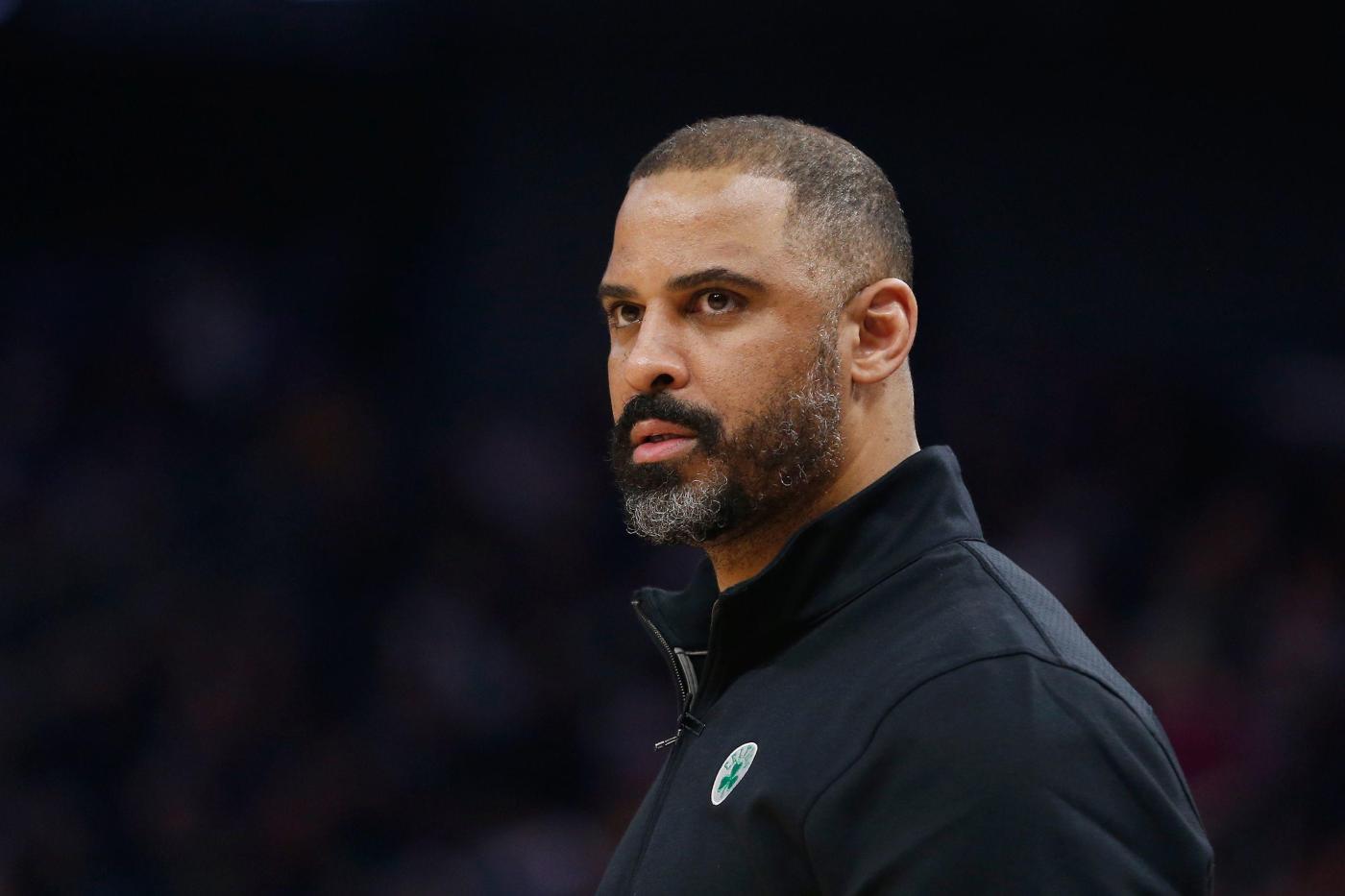 Shortly after dumping Steve Nash, the Nets have reportedly already zeroed in on their next head coach.

Suspended Boston Celtics head coach Ime Udoka “has emerged as the likely” next bench boss in Brooklyn, according to ESPN’s Adrian Wojnarowski.

Udoka is currently banned for the entire 2022-23 NBA season by the Celtics due to a violation of team policy. Udoka, who was suspended by the team in September just prior to the start of training camp, violated team rules by having a relationship with a female staffer within the Boston organization.

The World Wide Leader said a deal for Udoka could be “finalized by midweek.”

The Celtics granted the Nets permission to speak to Udoka and will allow him to head to the Nets, according to The Athletic.

The 45-year-old led the Celtics to the NBA Finals last season after compiling a 51-31 during his rookie season as head coach.

“I want to apologize to our players, fans, the entire Celtics organization and my family for letting them down,” Udoka wrote in a statement to ESPN at the time of his supsension. “I am sorry for putting the team in this difficult situation, and I accept the team’s decision. Out of respect for everyone involved, I will have no further comment.”

Before taking the Celtics job, Udoka spent one season as Nash’s top assistant with the Nets.

Nash was fired Tuesday as the Nets announced Tuesday the two sides had agreed to part ways after a controversy-plagued 2-5 start to the season.

“Since becoming head coach, Steve was faced with a number of unprecedented challenges, and we are sincerely grateful for his leadership, patience and humility throughout his tenure,” general manager Sean Marks said in a statement.

“Personally, this was an immensely difficult decision; however, after much deliberation and evaluation of how the season has begun, we agreed that a change is necessary at this time.”

Jacque Vaughn will be the Nets’ interim head coach.

Developing story, check back for details.