Dalvin Cook offers one word on what Vikings must do to protect Kirk Cousins: ‘Block’ – Twin Cities 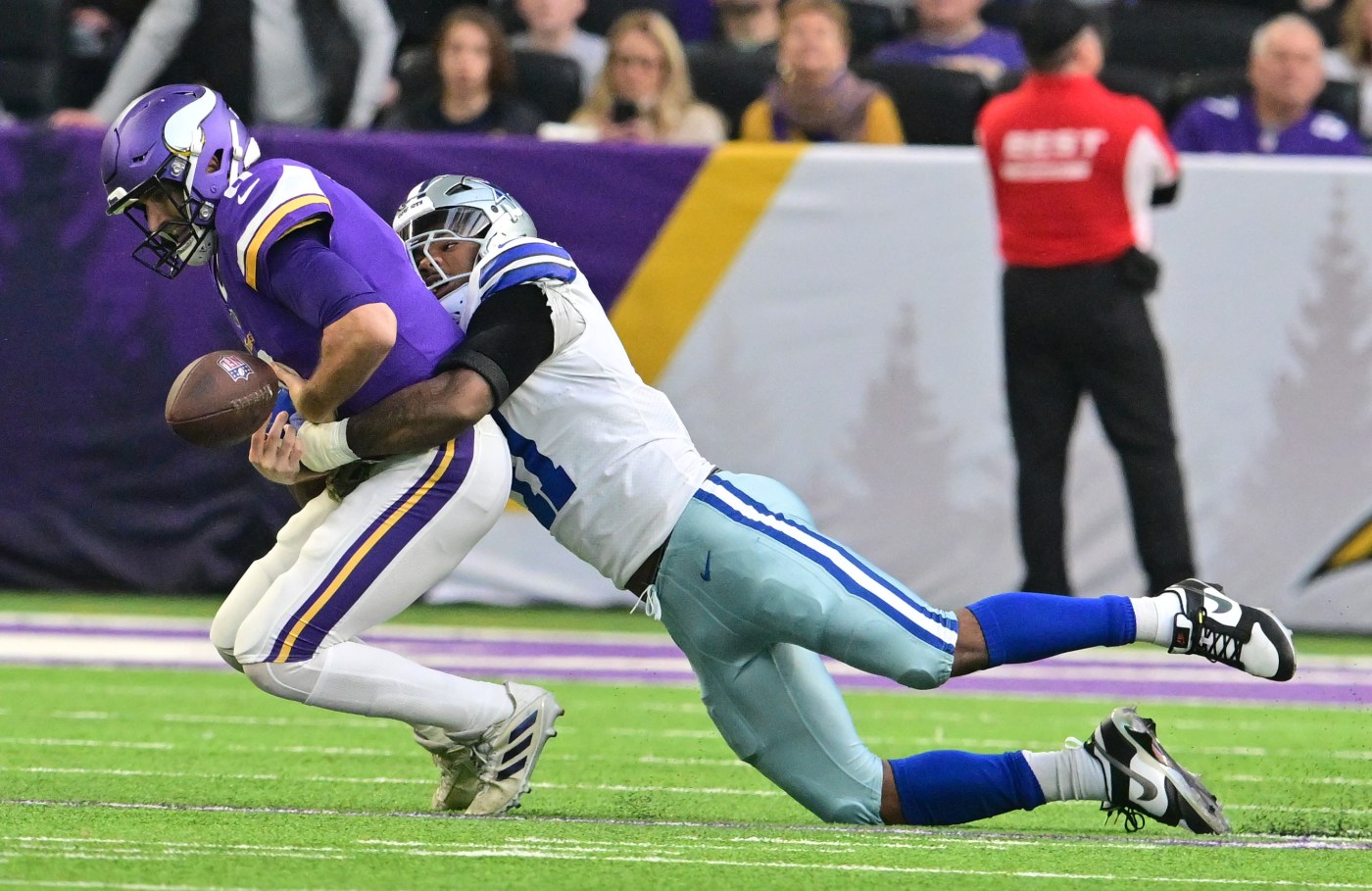 When running back Dalvin Cook was asked Tuesday what the Vikings must do to protect Kirk Cousins, he didn’t waste words.

Cousins was sacked seven times in last Sunday’s ugly 40-3 loss to Dallas, and the Vikings are seeking to prevent that from happening again. On Thursday, they will play host to New England, which features NFL sack leader Matt Judon. And they will be without star left tackle Christian Darrisaw due to a concussion.

After a follow-up question, Cook was more expansive on what Minnesota must do against the Patriots.

“We don’t want Kirk to hit the ground,’’ Cook said. “Us as men, we’ve got to look ourselves in the mirror and correct that. That’s the type of bunch we’ve got in this locker room, a bunch of grit, resilience. I’m looking for the guys to rebound this week and keep him off the ground.”

Wide receiver Justin Jefferson said Monday the Vikings have to get the “ball out quicker” to avoid sacks. Head coach Kevin O’Connell addressed that Tuesday.

“We’re back working at it this week, on a short week, to make sure we rectify some of those problems,’’ O’Connell said. “But just in general, I mean I talked to Justin during the game, talked to him both (Monday) and (Tuesday). He’s one of those players that I have constant dialogue with. … Ultimately, Justin knows we’re going to do whatever we can to try to move the football in the best interest in our offense.”

Asked about the getting the ball out quicker, Cousins said there are factors involved.

“That’s certainly an option,’’ Cousins said. “If you get it out quick, then the rush can’t get there. Certainly want to be in favorable down and distances, because it’s hard to get the ball out quick on second-and-20, third-and-25. That’s a little different.”

The Vikings will face a big challenge against the Patriots, who rank second in the NFL in scoring defense and fourth in total defense. They are second in the NFL with 36 sacks, six behind the league-leading Cowboys, and Judon has 13.

“We’ve got to protect (Cousins) and we’ve got to get open for him,’’ said tight end T.J. Hockenson. “It’s all about pass pro and pass routes. … I’m in both, and a lot of the burden falls on the tight ends, and so we’re always willing to accept that.”

Defensive end Jared Allen, who played for Minnesota from 2008-13, was named one of 28 modern-era player semifinalists for the Pro Football Hall of Fame. Allen will find out around the end of the season whether he will one of 15 finalists for the third straight year. … Cook was named the Vikings’ nominee for the Art Rooney Sportsmanship Award. Each team nominates one player, and the field will be trimmed to four NFC players and four from the AFC before a winner is announced in February.

We were all of us deceived… – Tech News April 10

WHO to rename monkeypox as ‘MPOX’

Can revamped defensive line pave a path to the playoffs? – Twin Cities