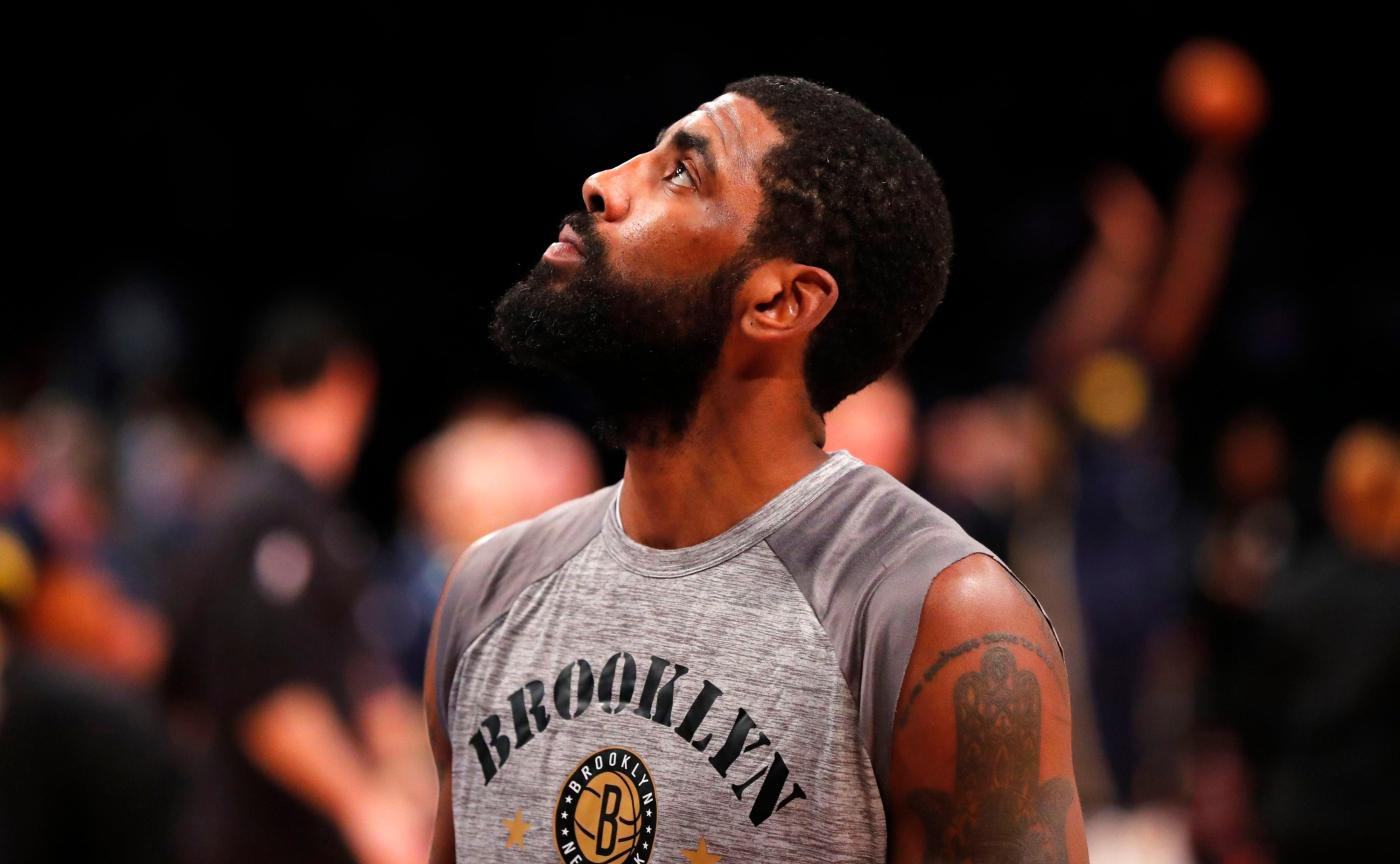 Win or lose, all eyes will be on Kyrie Irving.

A group of fans sat courtside during the Nets 116-109 win against the Indiana Pacers wearing “Fight Antisemitism’ shirts on Monday night. Some of the fans wearing the shirts were also wearing yarmulkes, which is a brimless cap traditionally worn by Jewish men.

The gesture is a response to Irving, who promoted an antisemitic movie on his Twitter account. The move was met by much public backlash, even from team owner Joe Tsai.

At the time, Irving felt he did nothing wrong by promoting “Hebrews to Negroes: Wake Up Black America” on his social media channels.

“It’s 2022. It’s on Amazon, a public platform,” Irving said after a loss to the Pacers on Saturday night. “Whether you want to watch it or not is up to you. There’s things being posted every day. I’m no different from the next human being, so don’t treat me any different. You guys come in here and make up this powerful influence that I have [and say] you cannot post that. Why not? Why not?”

After Monday night’s victory, Irving was not made available to the media

Before Monday’s tipoff, head coach Steve Nash said he hopes that “we all go through this together.”

“There’s always an opportunity for us to grow and understand new perspectives, Nash added.

The initial tweet Irving posted on his Twitter account was since deleted. The movie promoted in Irving’s initial tweet was described by the Rolling Stone as “espousing ideas in line with more extreme factions of the Black Hebrew Israelites, which have a long history of misogyny, homophobia, xenophobia, Islamophobia, and especially antisemitism.”

Can revamped defensive line pave a path to the playoffs? – Twin Cities