Ice Universe: the Samsung Galaxy S23 will have slightly thicker bezels than the S22


Last week leakster Ice Universe published the exact dimensions of the Galaxy S23 series. They were mostly the same as the respective S22 models, except that they grew by a fractions of a millimeter in height and width. Now Ice has figured out where that extra 0.3mm on the Galaxy S23 came from and the Cat is not happy.

The answer is extra bezels, allegedly, 0.15mm on all four sides around the display (which will remain at 6.1”). This exactly accounts for the 0.3mm extra height and width for next year’s model compared to the current one. 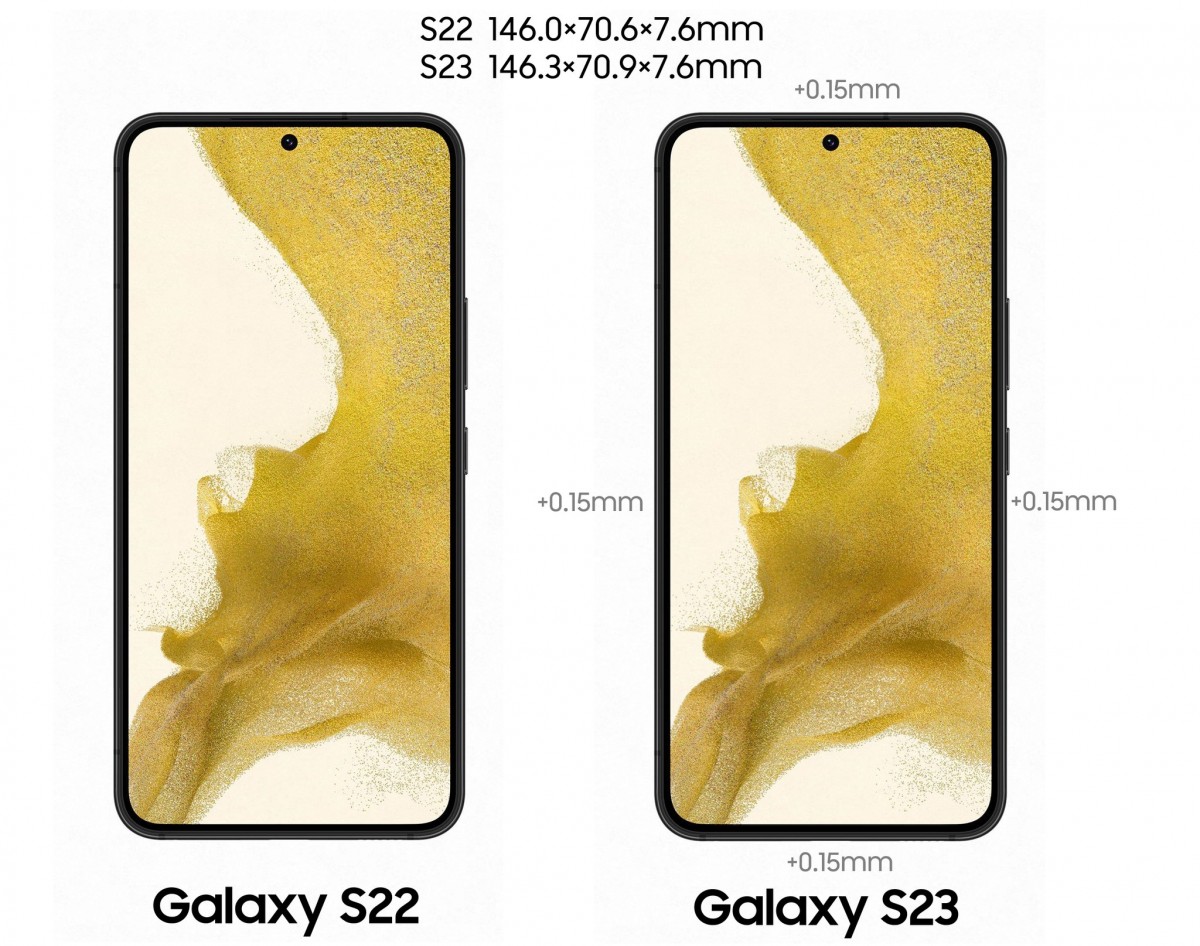 The Galaxy S23+ is 0.4mm taller and wider than its predecessor, presumably that means an extra 0.2mm for the bezels (again, the display will be the same size as now, 6.6”).

The Galaxy S23 Ultra is also a shade larger than its predecessor too (+0.1mm height, +0.2mm width), so it could be facing the same fate.

Are the extra 0.15mm on the four bezels of the S23 really a big issue? Ice Universe thinks so, the leakster is “obsessed” with smaller bezels. They do make a good point, though, newer models should be better than the old ones and so far we haven’t heard of any display updates (the S23 and S23+ will reportedly stick with FHD+ resolution, the Ultra with QHD+).