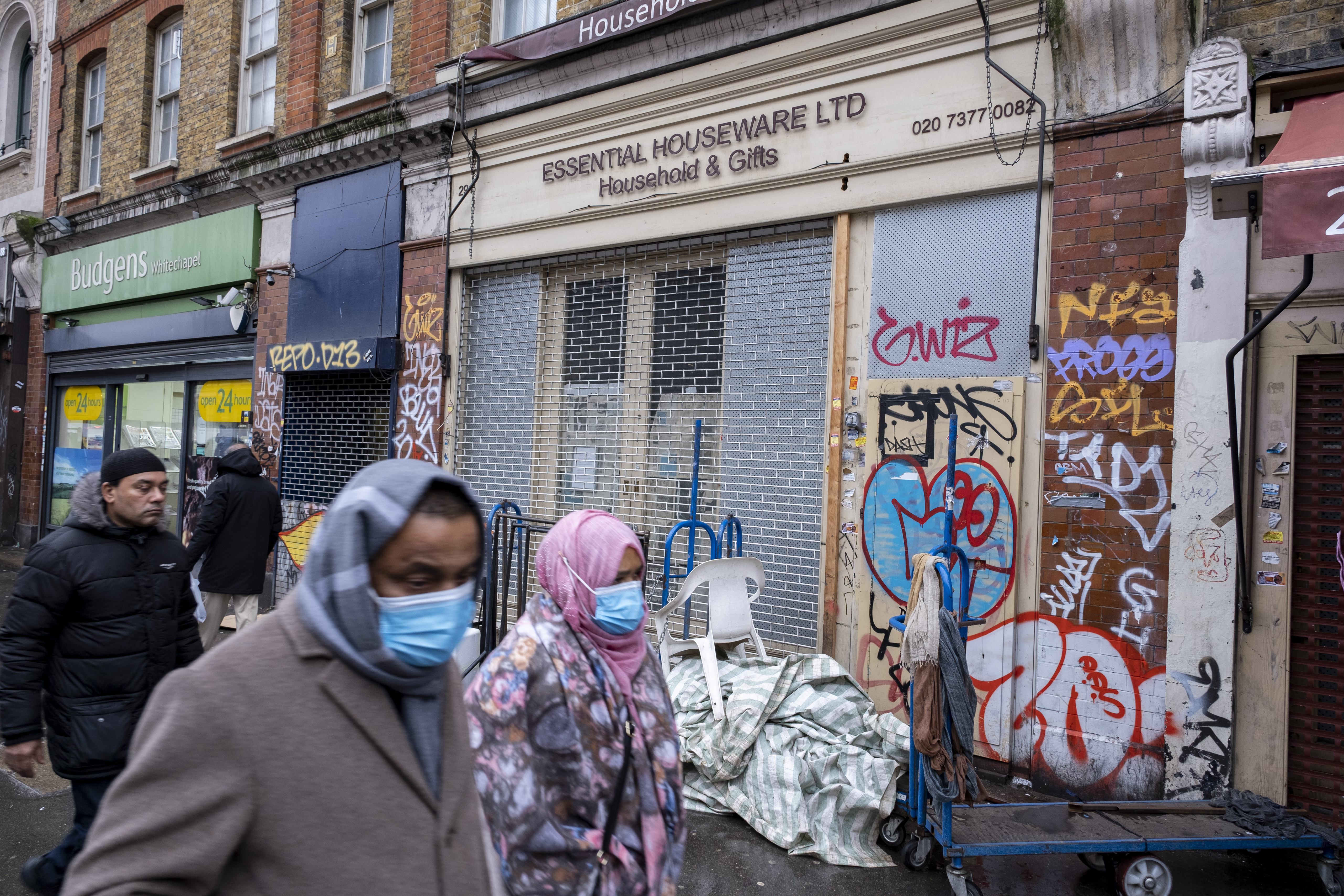 Inflation, recession risks, and a full range of emotions towards the Federal Reserve dominated economic news headlines last year, and 2023 promises to be more of the same, as pessimism and growing insecurity about personal finances will likely overshadow all other economic news this year too.

If the early days of the pandemic were all about companies going on hiring sprees and posting record profits, 2022 was about the economy returning to Earth. U.S. inflation soared to a 40-year high early in the year, a blow to many low and middle-income households whose salaries failed to keep up with rising prices. Many have also worried about a looming recession, which some forecasters are starting to say may not happen at all.

The same trends have been playing out worldwide, and the negativity about the global economy is a key theme at the World Economic Forum in Davos, Switzerland, where nearly 600 company CEOs are in attendance and many have doubled down on gloomy outlooks for the global economy and their own businesses.

But negativity towards the global economy is not limited to the halls of Davos or CEO corner offices. Feelings of pessimism and alienation from the global economy as well as growing rancor against big institutions are filtering into households of every income level, according to a new report, as economic optimism worldwide takes a massive blow.

Only 40% of families believe they will be better off five years down the line, according to a new global survey on trust in institutions released Sunday by PR giant Edelman. Financial optimism among families surveyed has fallen by a massive 10% relative to last year, the report found, warning that “economic optimism is collapsing around the world.”

Edelman surveyed more than 32,000 people in November in 28 countries for the report, titled “Navigating a Polarized World.” The report, which Edelman has conducted annually for more than two decades, found that economic optimism is at “all-time lows” in 24 of the countries surveyed, with all but one country reporting lower optimism, while public polarization in democracies is growing and trust in institutions including government and media is falling.

“We are in a period of huge systemic change in a multi-polar world, with divisive forces fanning economic grievance,” Dave Samson, vice chairman of corporate affairs at Edelman, said in a statement. “If neglected, the result will be increased levels of polarization, slowing economic growth, deeper discrimination, and an inherent inability to solve problems.”

Shrinking optimism in a divided world

Declining economic optimism was particularly pronounced in developed countries experiencing slow growth, including the U.S., according to the report.

Economic pessimism was highest in countries normally considered economic heavyweights, including Japan, the U.K., and several EU countries. Of the 14 developed countries surveyed, none reported economic optimism levels above 36%.

Fast-growing economies, including Indonesia, India, and Nigeria, registered the highest economic optimism scores, although almost all were more pessimistic than last year. China was the only country where respondents are more optimistic now than they were in 2022 about their financial and economic situation in five years.

Declining economic confidence worldwide comes as global recession risks continue to mount. The World Bank warned last week that countries globally were “perilously close” to a recession, while IMF Director Krisatlina Georgieva said Tuesday that global economic growth will “slow down” in 2023, although she signaled it could pick up again by next year.

But while recession fears for the year ahead are an undeniable risk, some observers have pointed out positives in the global economy that could serve as tailwinds for growth in 2023.

In the U.S., a growing number of banks including Bank of America are now preparing for a “mild” recession as opposed to the severe downturn many predicted last year, jumping on encouraging declines in inflation and resilient labor markets. In Europe, meanwhile, Goldman Sachs recently revised its recession forecast in a positive direction citing falling energy prices and China’s faster-than-expected reopening to the world economy.

China’s reopening alone might boost the global economy once the country overcomes a surge in COVID infections and Chinese tourists and trade make a return. Mathias Cormann, the OECD’s Secretary-General, said at Davos this week that China’s reopening could be “overwhelmingly positive” for the world in the long term as it will smooth out the supply chain snags that have plagued the global economy for years.

But even if higher economic pessimism turns out to be unfounded, the Edelman survey found another concerning development in countries with low economic optimism, which tended to also be the most polarized.

Countries including the U.S. and South Africa were seen as “severely polarized” by the survey, while several EU nations including Italy, France, and Germany were “in danger of severe polarization.” Countries with higher economic optimism, including China and India, tended to be less polarized.

The survey warned that high levels of economic pessimism and political distrust in several countries surveyed were “drivers of polarization.” Compared to governments and the media, the business world was seen for the third year in a row as the most trustworthy institution among survey respondents, many of whom clamored for business to become more actively involved in social issues.

“The increased perception of business as ethical brings with it higher than ever expectations of CEOs to be a leading voice on societal issues,” Edelman CEO Richard Edelman said in a statement.

“By a six-to-one margin, on average, respondents want more societal involvement by business on issues such as climate change, economic inequality, and workforce reskilling,” he added, while also warning business leaders that they run the risk of appearing politicized should CEOs choose to voice their stances.

Memory-chip sector suffering one of its worst routs ever

‘Sorry’: A radioactive capsule lost on an 870-mile stretch of highway has Australian…