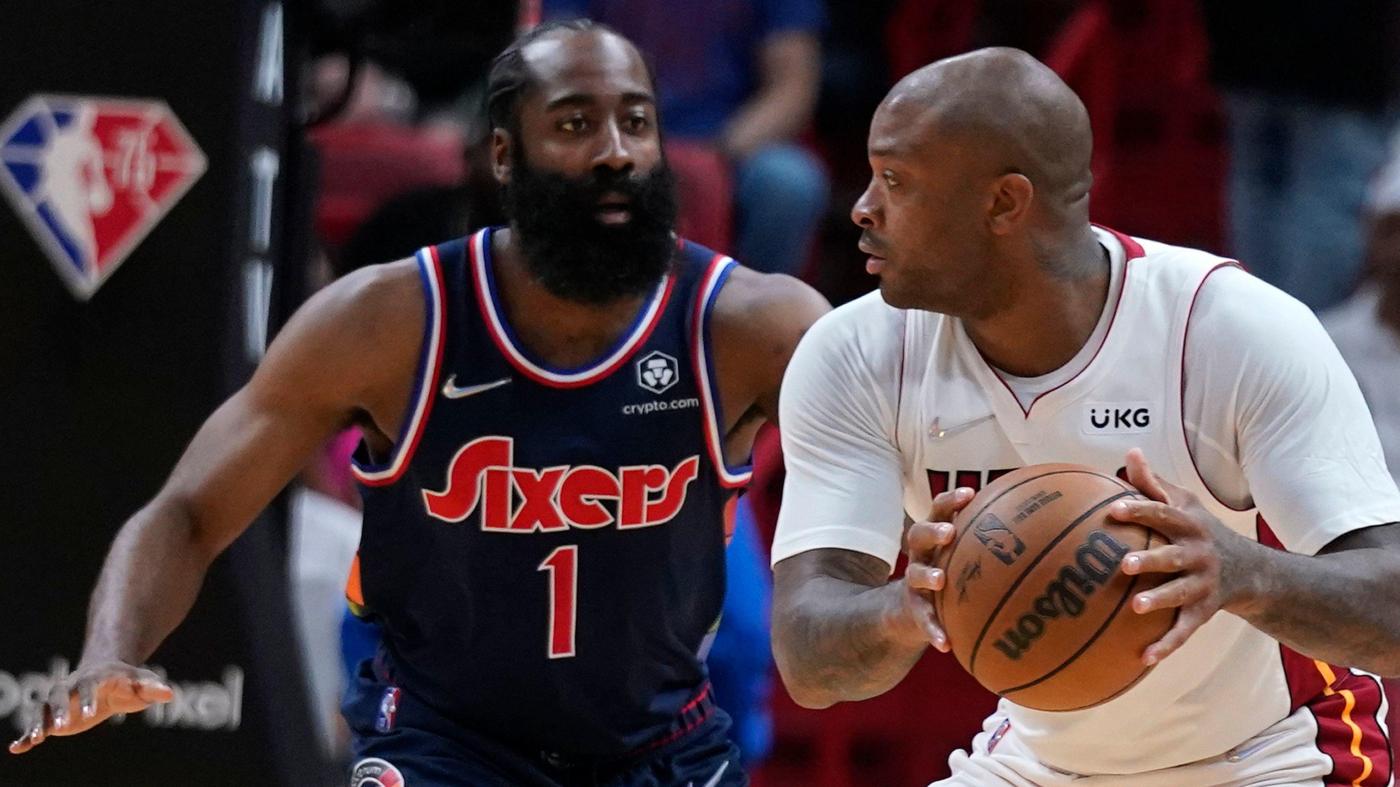 With the move that had been anticipated, Tucker formally bypassed the $7 million player option on the second year of the contract he negotiated to join the Heat in August.

A path to his rumored destination of the Philadelphia 76ers gained greater clarity Wednesday, with 76ers guard James Harden opting out of the final year of his contract.

With Harden a free agent, the 76ers are now able to work a restructured deal with the All-Star guard that would clear enough space under the NBA hard-cap to give Tucker the full $10.5 million mid-level exception, a number the Heat appear unwilling to match.

Also on Wednesday, long-time Heat trade target Bradley Beal opted out of the final year of his Washington Wizards contract. The expectation, however, is that Beal will next move forward with a max-level deal to remain in Washington.

Yahoo Sports reported Wednesday that the Heat are among the teams that will have an audience at Thursday’s start of NBA free agency with Dallas Mavericks guard Jalen Brunson.

The New York Knicks, who have been clearing salary-cap space, are considered front-runners for Brunson, whose father has been added by the team as a coach.

The Heat acquiring Brunson would require a sign-and-trade transaction, which seemingly would make such a move a long shot in light of the Heat’s preference not to move into a hard-capped situation.

It is not unusual for the Heat to meet with free agents as a means of gaining familiarity, with an eye on future moves.

With Brunson taking meetings beyond the Knicks, it also deflects possible league inspection into a prearranged deal between New York and Brunson.

The Heat were expected to allow the clock to take care of their remaining element of offseason bookkeeping Wednesday night, with the stroke of midnight guaranteeing the 2022-23 salaries of Max Strus, Gabe Vincent and Omer Yurtseven.

The procedural move with the guarantees required no action by the team or the players. The only action required was if the Heat were going to allow any of the three to become free agents.

All three have been working under two-year contracts that had Wednesday as the deadline to guarantee their salaries for next season.

With the guarantees, Strus and Vincent earn $1.8 million next season, Yurtseven $1.7 million.

Strus emerged as the Heat’s starting shooting guard this past season, with Vincent a rotation player who moved into the playoff starting lineup when veteran point guard Kyle Lowry was sidelined by a hamstring strain. Yurtseven had breakout moments at midseason when starting center Bam Adebayo was sidelined by thumb surgery. All three are expected to contend for rotation spots next season.

With those three guaranteed, the Heat would have eight players under guaranteed contract for the coming season: Adebayo, Lowry, Jimmy Butler, Tyler Herro, Duncan Robinson, Strus, Vincent and Yurtseven. In addition, the predetermined rookie-scale salary of first-round draft pick Nikola Jovic is merely a formality.

Teams can carry a maximum of 20 players during the offseason, required to trim to a maximum of 15 plus two players under two-way contract by the regular-season opener.

Two days of practice will follow before the team’s summer-league opener of the California Classic at the Chase Center on Saturday against a similar team of draft picks, rookies, young players and free agents from the Los Angeles Lakers.

Netflix with ads might not come with offline viewing