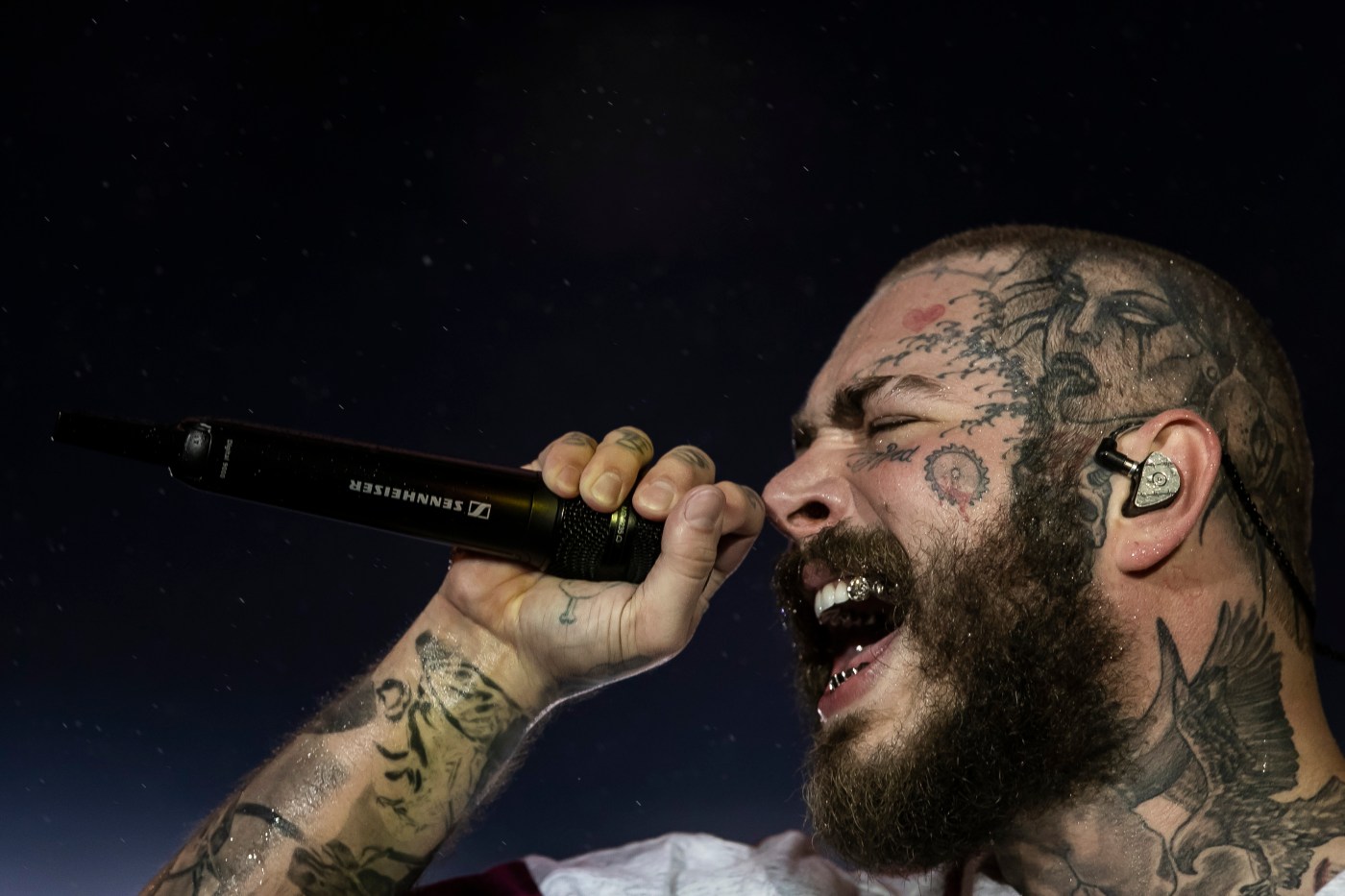 A half hour into Post Malone’s concert Sunday night at St. Paul’s Xcel Energy Center, the 27-year-old singer/rapper launched into his 2017 hit “I Fall Apart,” a surprisingly emotional ode to love gone bad.

By the end of it, he was crouched on his knees, almost in a fetal position. He stayed that way for the next number, “Euthanasia,” from his latest album “Twelve Carat Toothache.” The sold-out and otherwise rowdy crowd of more than 14,000 sat in stone silence for the song, in which Malone ponders the inevitability of death. He stood up, told the audience they weren’t alone and that he loved them. And then he said anyone who needed a bathroom break, this was a good time to go as he pulled out an acoustic guitar for a four-song unplugged set.

That, in a nutshell, is what makes Malone such a likable, entertaining performer. He got his start primarily as a rapper, but as his career has unfolded, he’s delved much more into straightforward pop songs with often engaging emotional depth. At the same time, he doesn’t take himself too seriously and seems pretty humble given his immense success.

The second stop on his fourth concert tour, Sunday’s show was a musical and visual spectacle focused entirely on Malone himself. He performed on a stage shaped like the top of a trident, with the middle spear reaching about two-thirds of the way onto the floor. General admission sections on either side of the spear gave fans prime views of Malone, but the sheer size of the stage and its ample pyro and hundreds of lights treated the entire arena to a night to remember.

Written and recorded during the pandemic, “Twelve Carat Toothache” has done well commercially, but has yet to match his previous success. That said, one of the new tracks, “Wrapped Around Your Finger,” was a highlight of the show. Malone went full-out crooner for the late-summer love song with a hint of melancholy. It’s such a strong track, one could see it performed in any number of genres, from teen pop to country.

The crowd gave the fresh material a warm welcome, but they went nuts for pretty much every older song Malone did, from “Psycho” to “Circles” to “Rockstar,” often singing along to every word. (Before he did the latter, Malone cracked a joke about how his songs have too many words in them.)

Ultimately, Malone himself is his biggest selling point. Not everyone can pull off the emotional trips he takes in his music, but Malone makes it look easy.

People Who Gained Real Life SuperPowers After An Accident #Shorts

‘This team is officially in the fight’ – Twin Cities

Cool Stuff Headed to Sin City! • This Week in Gambling