Powerball players line up for tickets across the country for a chance to win a $1 billion jackpot, the fifth biggest in U.S. history 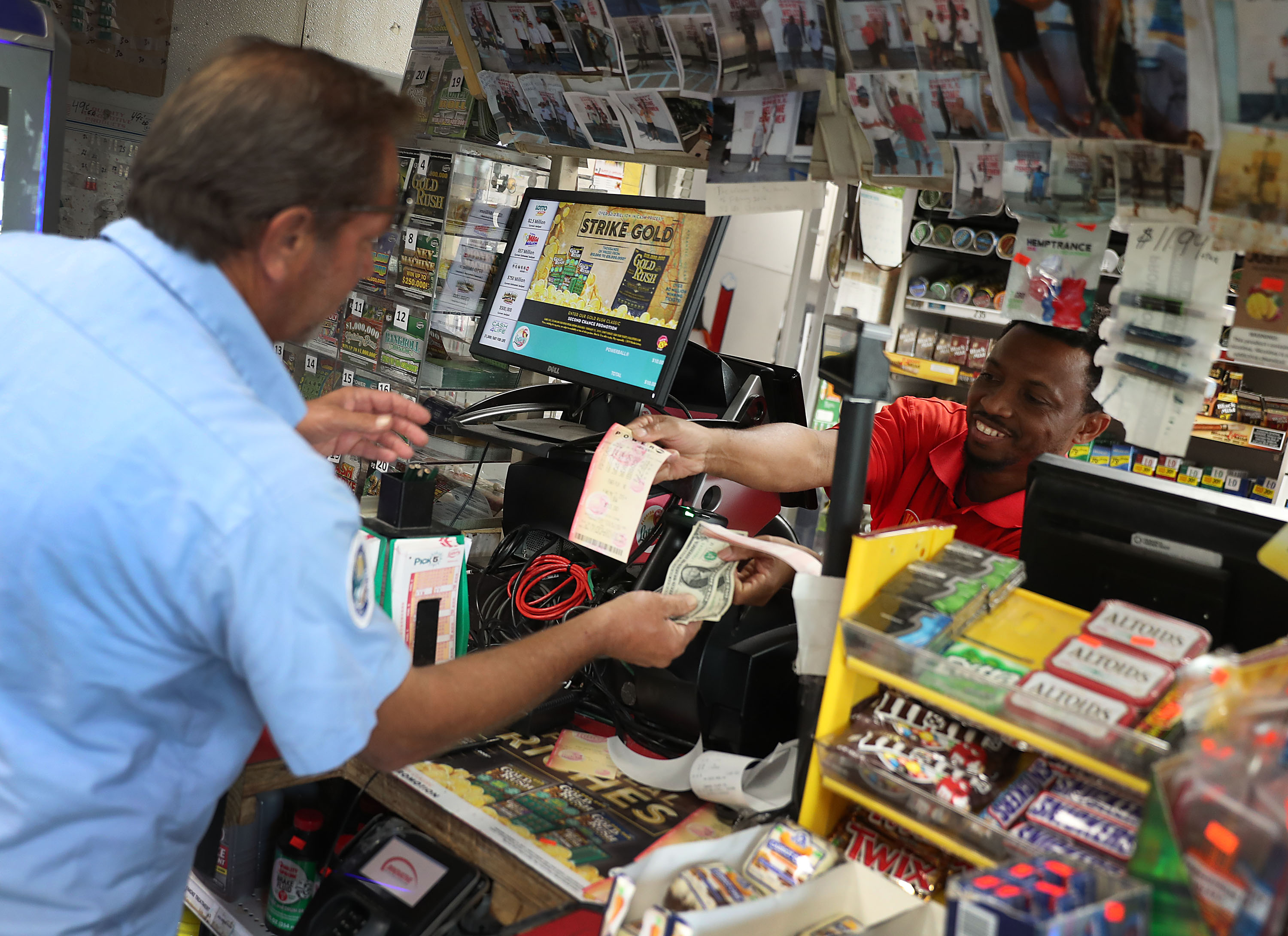 People showed up at convenience stores, groceries and gas stations across the country on Halloween hoping to find their own treat: a chance at Monday night’s massive $1 billion Powerball jackpot.

Among them was Janice Turner, one of a steady stream of people — some wearing costumes — buying Powerball tickets at an outdoor kiosk in midtown Manhattan.

“I’m hoping to be the next billionaire,” Turner said. “I think it’s going to be lucky Halloween.”

In the same line was Scott Henyan, who was already making plans for a jackpot win.

“I would definitely retire, finish my house, probably buy another house, maybe buy a couple of nice cars, take a nice vacation,” he said. “And then probably set all my friends and family up for the rest of their lives and travel the world, you know, do whatever I wanted.”

In Houston, 60-year-old Candy Dumas, a real estate home stager, said she came to a Super K Food Store because of the high payout.

“If I am the lucky winner tonight, the first thing I’m going to do is give some to my church, for sure,” Dumas said. “The second thing would be to buy a home for my children. That’s what I want to do to help my family for sure.”

Guru Redey, a clerk at the store, said people come to the store from miles away because it has a history of selling large jackpot winners and people like to dream of owning expensive things they can’t afford.

Dozens of people, including Orelia Pearson, lined up Monday to buy tickets at the Bluebird Liquor Store in Hawthorne, California, which also has a reputation as being a lucky store.

And Sally Tanner said she would give much of her winnings away after buying herself a house and paying off her son’s college costs.

“We’re going through a recession right now,” Tanner said. “The economy sucks, so I would be a giver. I’m a giver, but I will keep some for us. I guess my cup will be full, but when it overflows, I’ll bless others.”

The jackpot soared after no one matched all six numbers in Saturday night’s drawing. It’s the fifth-largest lottery jackpot in U.S. history. The biggest prize was a $1.586 billion Powerball jackpot won by three ticketholders in 2016.

No one has hit all six numbers since Aug. 3, a testament to how slim the odds are of winning the jackpot: 1 in 292.2 million.

Massive lottery jackpots have become more common in recent years as lottery officials have adjusted game rules and ticket prices to pump up the top prizes. The most recent tweak came in August, when Powerball officials added an additional drawing day — going from two drawings a week to three — in an effort to build larger prizes and boost sales.

Although the odds of winning are meager, the chances of someone — or even multiple players — coming up with the winning numbers is growing. That’s because as the jackpot grows, more people pony up to play.

The $1 billion jackpot prize is for winners who opt to take the full amount piecemeal over 29 annual payments. Nearly all winners opt for a lower cash payment, which for Monday’s drawing would be an estimated $497.3 million.

Once a winning ticket matches the drawing, the Powerball jackpot starts over again at $20 million and continues to grow each drawing until it is won.

Powerball is played in 45 states, as well as Washington, D.C., Puerto Rico and the U.S. Virgin Islands.

Bankman-Fried’s ‘I screwed up’ script about penalties vs. jail: Lawyer

OPEC+ opts to ‘hunker down’ amid surging volatility and market uncertainty, holds…

Musk ‘wanted to punch’ Ye after rapper’s ‘incitement to violence’