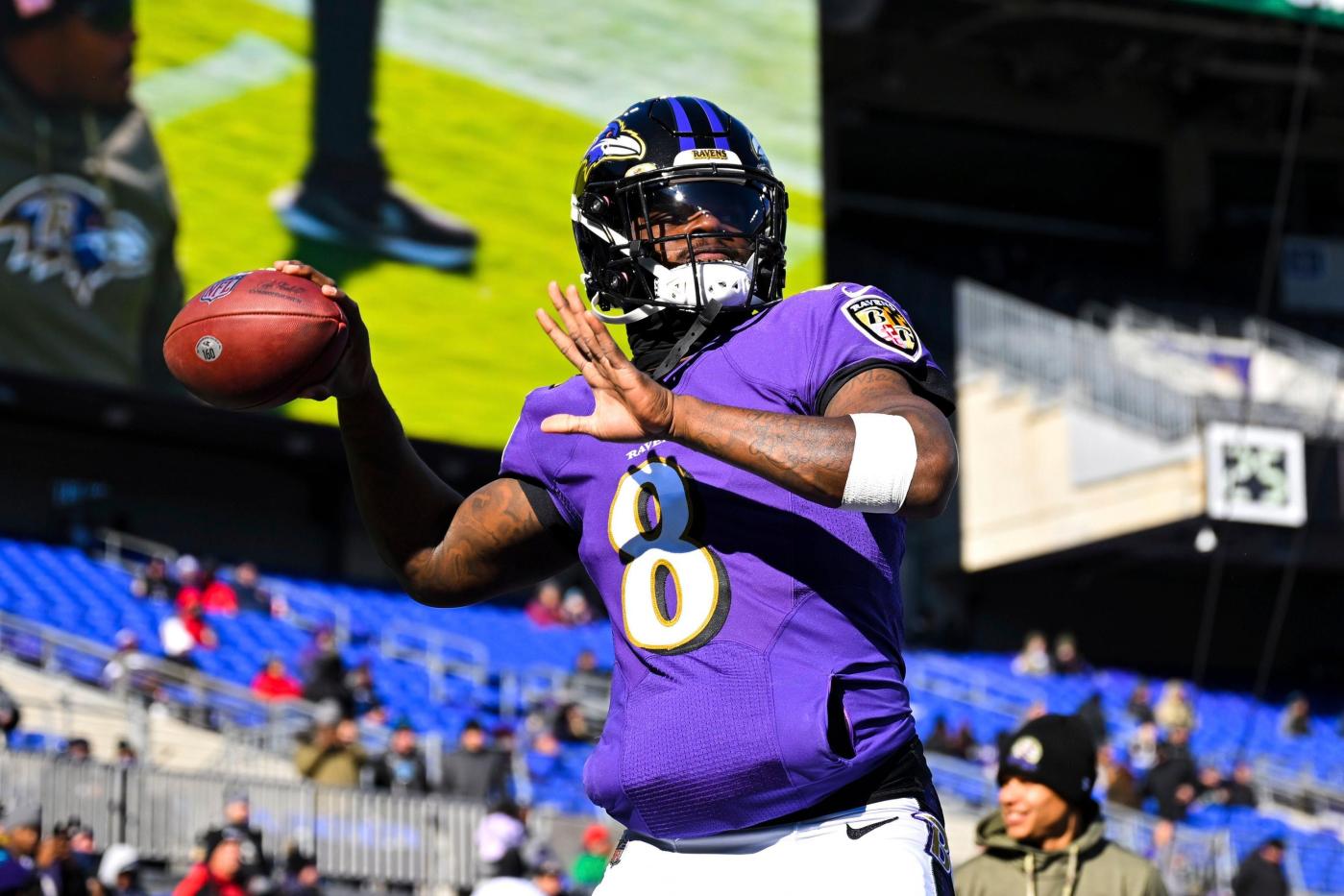 Ravens quarterback Lamar Jackson was absent from the open portion of practice again Wednesday, dampening hopes that he might return to start the team’s playoff opener Sunday against the Cincinnati Bengals.

Jackson has not practiced or played since he suffered a knee injury in the first quarter of the Ravens’ 10-9 victory over the Denver Broncos on the first weekend of December. Though Ravens coach John Harbaugh initially said the injury was not season-ending and expressed optimism that Jackson would be back for the playoffs as recently as two weeks ago, he never put a definite timeline on his franchise quarterback’s recovery.

“I don’t really have an update right now to share with you,” Harbaugh said Monday. “Lamar has been in great spirits. He’s been working super hard. He was out there again today. I mean, I don’t watch the workouts. He’s with the trainers. And hopefully, it’s progressing to the point where he can get to practice sometime soon. That’s what we’re all hoping for, for sure.”

Harbaugh is scheduled to speak with reporters again after Wednesday’s practice.

With Jackson’s availability for Sunday’s playoff game in doubt, questions will turn to backup Tyler Huntley, who missed Sunday’s regular-season finale in Cincinnati after he was limited in practice by shoulder and wrist injuries. Huntley was at practice Wednesday but again appeared limited.

At the end of last week, Huntley said he had a “good chance to play,” so perhaps Harbaugh simply held him out for precautionary reasons. He also did not use running back J.K. Dobbins, tight end Mark Andrews or right guard Kevin Zeitler against the Bengals. Undrafted rookie Anthony Brown started at quarterback and turned the ball over three times in the first half to help Cincinnati build a 24-7 lead on the way to a 27-16 victory.

This story will be updated.

Who will win, who should win and who’ll get robbed – Twin Cities