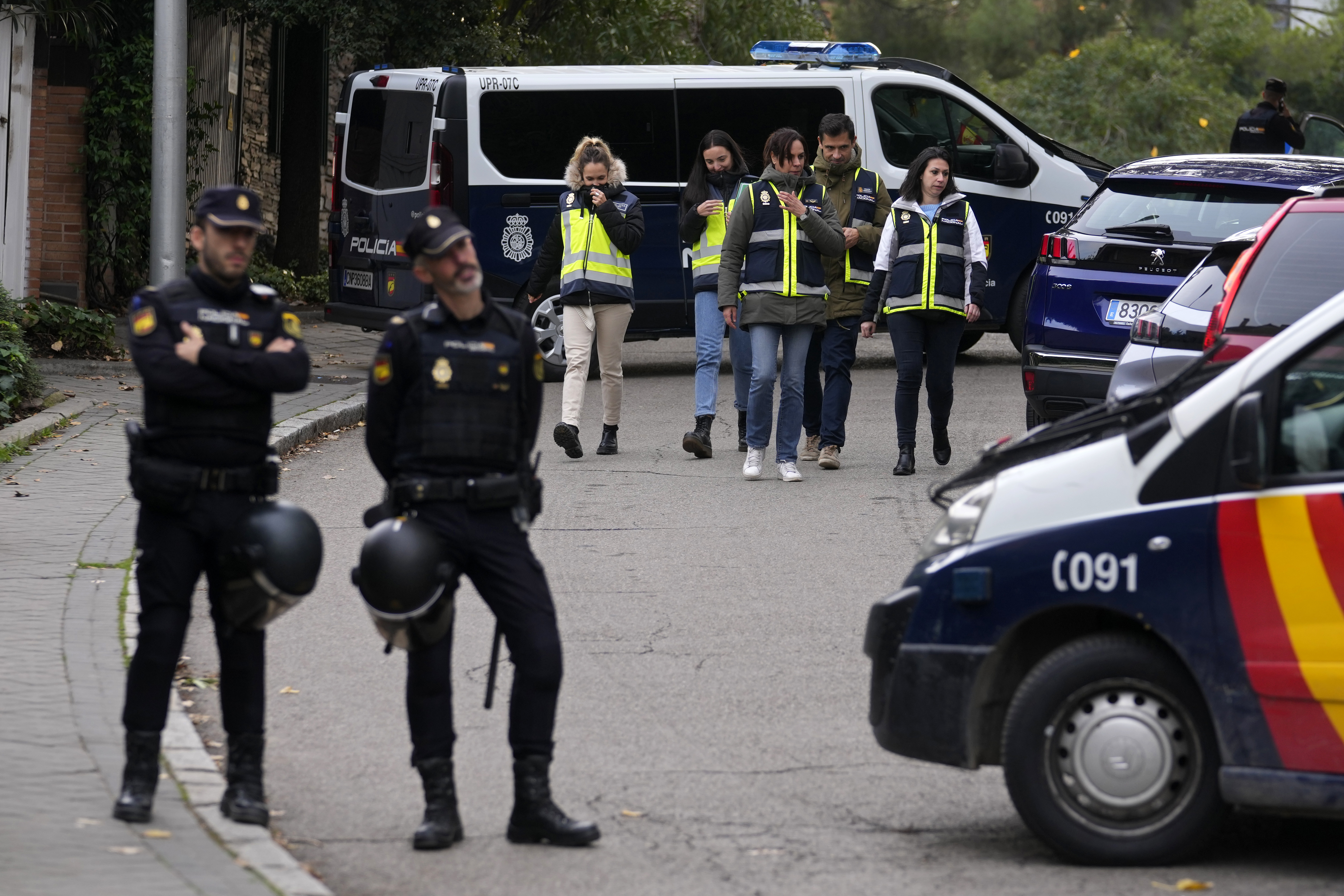 Devices were sent to the U.S. embassy and the prime minister’s office, as well as four other destinations, triggering a security alert.

On Thursday, security personnel at the U.S. embassy in central Madrid discovered an incendiary device sent by mail. The surrounding area was cordoned off as police entered the building. Nobody was hurt as the device was deactivated.

That was only the latest in five similar cases, which included the Ukrainian embassy, the Spanish prime minister’s office, the defense ministry, a weapons manufacturer and a military base.

The nature of the targets of the packages has raised suggestions of a link with Russia. Spain has been a vocal supporter of Ukraine’s President Volodymyr Zelenskyy and on November 19, the defense ministry announced it was about to send a new shipment of military aid to the country to help it repel Russian forces.

The National Court has opened an investigation into possible terrorism-related crimes and public buildings have been put on alert, although the terrorist threat level has not been changed.

The first bomb was reported on Wednesday when a member of staff at the Ukrainian embassy in Madrid was injured as the contents of the package he had opened ignited. He received medical attention for hand injuries but was not hospitalized. He was the only person injured by the devices.

The package had been addressed to the Ukrainian ambassador, Sergi Pohoreltsev. Ukrainian Foreign Minister Dmytro Kuleba ordered tightened security at all his country’s embassies.

Pohoreltsev seemed to hint at possible Russian involvement, saying: “We know that our enemy is a terrorist state and we can expect anything.”

However, the Russian embassy in Madrid said it condemned “any terrorist threat or act, particularly against an embassy.”

The spate of attacks had actually begun even earlier than the embassy incident: It emerged that a letter bomb had been sent to the office of the Spanish prime minister, Pedro Sánchez, where it was deactivated, on November 24.

Secretary of State for Security Rafael Pérez said that the substance contained in the package sent to the prime minister’s office was “a compound or an ingredient with similar characteristics to material used for fireworks.”

El País newspaper published a photo of the package sent to the prime minister, which was made of cardboard, measured 10 cm by 18 cm and was addressed by hand. It had been sent via ordinary mail.

Another was sent to the office of Defense Minister Margarita Robles, where it was also deactivated on Thursday.

Just hours earlier, police had also deactivated a device sent to a weapons manufacturer, Instalaza, based in the northeastern city of Zaragoza. Instalaza has reportedly supplied grenade launchers to the Spanish government, which have been shipped to Ukraine as military aid. The military base of Torrejón de Ardoz, on the outskirts of Madrid, was also targeted.

Pérez said there appeared to be similarities between the separate packages, all of which were believed to have been sent from inside Spain. Spanish media, citing security sources, said that opening the packages ignites the device, which then generates a flame rather than a blast.

Robles, who was in Odesa to meet her Ukrainian counterpart when the news emerged, said Spain reiterated its commitment to Ukraine and its people.