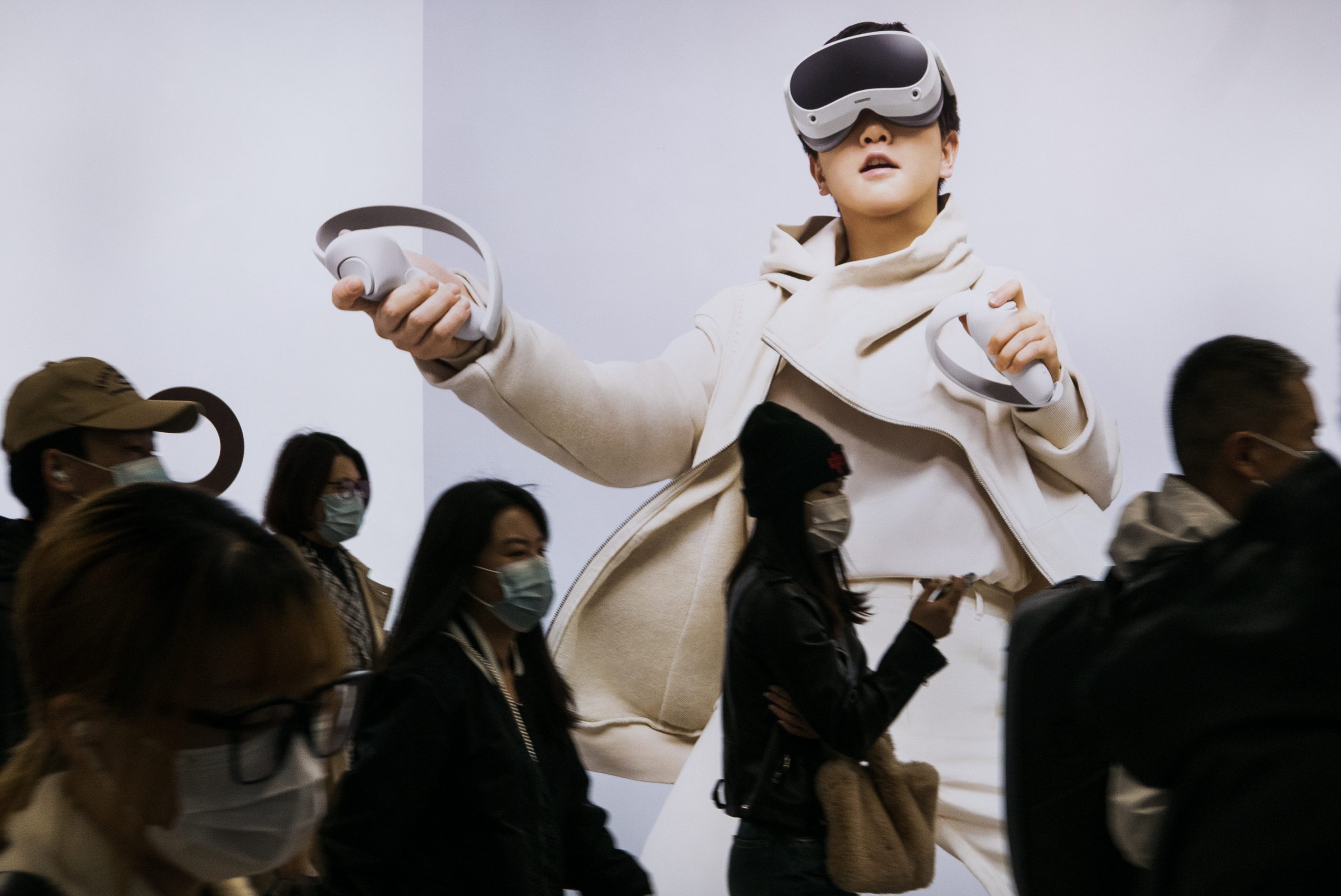 On Oct. 10, the Biden administration announced a series of sanctions aimed at cutting off the flow of American talent and equipment to the Chinese semiconductor industry. The policy marked a significant departure from the administration’s initial forays which targeted extending American leadership in the industry via funding grants, such as the $100 billion CHIPS and Science Act.

The latest actions make clear that the U.S. feels it must couple defensive and offensive action to “maintain as large of a lead as possible” over China, as National Security Advisor Jake Sullivan described. What is becoming clear, however, is that the Americans have already lost the initiative in many core technology-enabled areas.

Since 2017, the U.S. government has pursued a strategic “decoupling” whereby American economic and technological systems were to be disentangled from China. Many of the resulting sanctions, especially on the Chinese tech industry, foreshadowed those now being taken against Russia.

Putin’s descent into global pariah status has been a long time coming–yet the effectiveness of these sanctions has revealed the unintended consequences of sanctions against China. As one of the last American VCs in China and the son of the U.S. Air Force pilot who flew Henry Kissinger to Beijing, I have seen firsthand the nuance of our relationship.

To be clear, the U.S.-China relationship has significant tensions. Nevertheless, China is not Russia.

To start, decoupling pushed China further towards technological self-sufficiency, illuminating China’s technological vulnerabilities and providing a window to bridge these gaps. The effectiveness of future sanctions will be muted compared to those now being taken against Russia. This divergence will not only be a result of the size and sophistication of the Chinese economy–but also because America gave China years of lead time to prepare.

In the field of semiconductors, human talent, private and public capital, and regulatory support mobilized en masse are enabling China to leap rungs on the evolutionary ladder of chip development. A recent report claims SMIC took just two years to leap from 14 nm to 7 nm–faster than TSMC and Samsung, without the most advanced production equipment.

The history of U.S. unilateral hardware sanctions against the Chinese is not pretty. In the 1990s, we decided to cut China’s access to US-built satellites. Other nations rushed to fill the market gap. Today, China consumes roughly 40% of the world’s chips. The Dutch, Koreans, and others will loathe abandoning this market to align with US sanctions. A former senior National Security Council official recently told me that even typical China hawks such as Japan and India were questioning the logic of the recent American action, which could actually trigger a rush from other nations to design-out U.S. products as quickly as possible, so as to not fall within the sanctions guidelines. The net effect here is clear “self-harm,” as a senior former NSC official told me this week.

Sanctions on China have also impacted America’s ability to win hearts, minds, and wallets globally. Decoupling actually encouraged Chinese dominance in other battleground markets by forcing Chinese tech to take ownership over app stores, hardware, and operating systems that were historicaly ceded to the Americans.

In 2019, Google forcibly removed its operating system and app store from Huawei phones after the United States Department of Commerce added the Chinese company to its trade restriction list. By 2020, Huawei announced it would use its internally built HarmonyOS on all of its hardware and would look to replace Google Play Store with its own AppGallery.

Once American-controlled app stores are removed from emerging market phones, Chinese companies can pre-load or provide exclusive access to Chinese applications, rather than their American competitors. Imagine a Huawei, Xiaomi, Oppo, Vivo, or Techno user in Africa only able to access Didi ride-hailing affiliates instead of Uber, Alipay mobile payment partners instead of PayPal, Shein affiliated e-commerce platforms instead of Amazon, TikTok instead of Facebook, Youku instead of YouTube, iQiyi instead of Netflix, etc. Chinese companies control 78% of the African feature phone market and provide almost 70% of Africa’s 4G networks. A significant segment of the African market now uses mobile interfaces that could potentially box out American-built applications. Aside from Samsung, there is no global handset (be it a smartphone or feature phone) alternative to the Chinese-built hardware.

Growing Chinese tech independence has also transformed U.S.-China competition across the globe. In an era where goodwill and economic ties scale exponentially through digital connectivity, decoupling hinders America’s strategic relationship with countries and global consumers, as it forces them into a binary decision on technology partnerships. Goaded by America to choose sides, many key emerging markets may elect to work with China.

To understand the growing power of Chinese competition, look no further than TikTok. Since it entered the American market, TikTok has exploded as the dominant both social and entertainment platform. In 2021, Americans spent an average of 25.6 hours a month on TikTok. This dwarfs the average time spent by Americans on TikTok’s competitors: Facebook (16.1 hours) and Instagram (7.7 hours). Only YouTube came close at 22.6 hours a month. Who has Netflix cited as amongst their most formidable competition in a letter to shareholders? TikTok. While TikTok and Netflix deliver different products, they are competing for the same thing: your attention. Time (or to be more specific, screen time) is finite. Netflix has a $10 billion production budget. TikTok’s users generate its content for free. The more time users spend on TikTok, the less there is available for other forms of socializing or entertainment.

The real cost of miscalculating

TikTok’s growing dominance is emblematic of the advantage that Chinese tech has over its American counterparts in the global competition for users. The dominance of Chinese models isn’t driven just by rock-bottom production costs. Core technology innovation is what drives it, particularly as it relates to TikTok’s highly addictive algorithmic recommendation engine.

In 2018, I hosted a dinner party between Peter Thiel and Zhang Yiming, the Founder of Tiktok’s parent company Bytedance. When our Chinese interlocutors questioned Thiel about Facebook’s lack of recent innovation, he pointed to a content partnership with Major League Baseball. Zhang laughed. After years of being told Chinese tech was only capable of copying American giants, this moment must have felt vindicating. It was probably as gratifying for Zhang as when Facebook’s TikTok knock-off called Lasso (where Thiel was previously a board member) sputtered and crashed in just under two years.

American tech giants have effectively been walled off from competition since the mid-2000s. Their near-monopoly position–and the rent-seeking it once enabled–has made them complacent.

Chinese tech can now challenge Silicon Valley in an increasing number of areas. Models popularized in the Chinese market are a challenge for U.S. tech, particularly in emerging markets. There are hundreds of other Chinese-built, funded, or inspired applications that share TikTok’s voracious ability to latch onto the minds and wallets of consumers. In addition to TikTok, e-commerce platforms such as Shein and AliExpress, short-form video app Kuaishou, and various gaming companies owned by Tencent (like Fortnite) have a combined global customer base on a scale of billions.

American policy towards China shouldn’t turn into a self-defeating prophecy. We are not locked in a zero-sum dynamic. As the two largest economies and strategic powers in the world, America and China still have much to gain through cooperation.

There is no path to solving the great global challenges of our time (reversing climate change, pandemic management, nuclear disarmament, avoiding global financial crisis) without China’s direct collaboration. If Russia was to resort to using tactical nuclear weapons in Ukraine, no other nation could play a more pivotal role in staving off World War III than China. Decoupling is a poor policy choice for addressing these myriad and complex tensions.

Worst of all, the loss of China as a market and increased zero-sum competition with China will reduce economic opportunities for American companies and dim American growth prospects. We will miss globalization when it’s gone.

Ben Harburg is the managing partner of the global investment firm MSA Capital.

The opinions expressed in Fortune.com commentary pieces are solely the views of their authors and do not necessarily reflect the opinions and beliefs of Fortune.

Cotopaxi says its purpose-driven mission is such a draw that 3,000 people applied for…