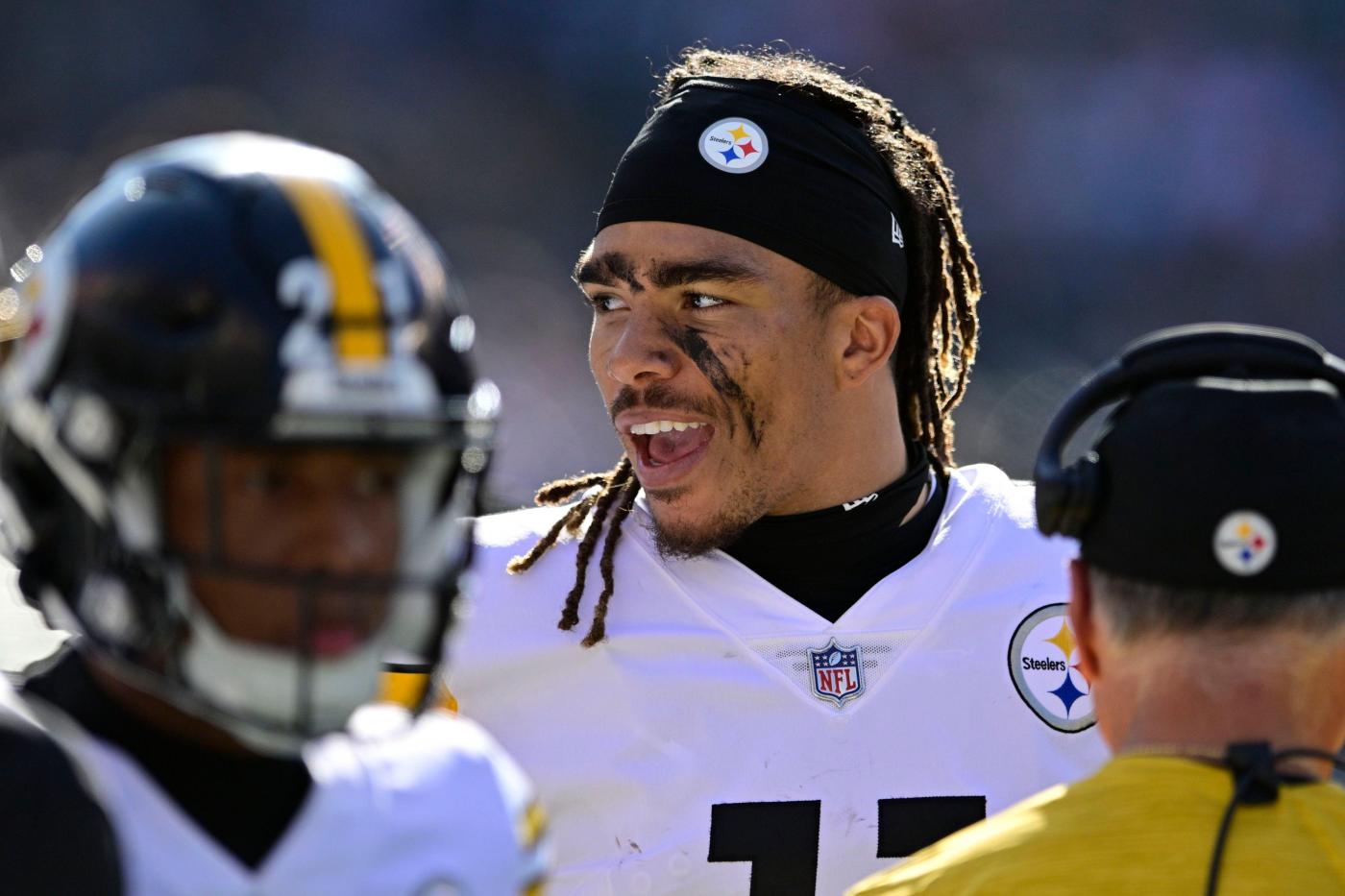 Chicago Bears general manager Ryan Poles did not wait until the offseason to add needed help for Justin Fields, gifting the quarterback a big-bodied wide receiver with production by acquiring Chase Claypool from the Pittsburgh Steelers on Tuesday.

A day after the Bears traded linebacker Roquan Smith to the Baltimore Ravens, shipping off the best player on the roster for future draft capital, Poles traded a second-round pick to Pittsburgh for Claypool, a former Notre Dame star.

The pick involved is the Bears’ own second-round selection, not the one acquired from the Ravens, meaning there is a chance it is a top-40 selection in exchange for Claypool, who is under contract for one more season. Considering the price the Bears paid, it would be surprising if they don’t attempt to extend Claypool during the offseason.

The Bears probably became a buyer because the crop of wide receivers slated to be available in free agency isn’t good. That group is led by Jakobi Meyers of the New England Patriots and includes some veteran names that already have been through the cycle in Nelson Agholor, D.J. Chark, JuJu Smith-Schuster and others. If Poles’ goal was to add a veteran and a rookie to the mix with Darnell Mooney, he might have figured Claypool was significantly better than what he could shop for when free agency opens in March.

Claypool, drafted 49th overall by Pittsburgh in 2020, had a banner rookie season with 62 receptions for 873 yards (14.1 average), nine receiving touchdowns and two more rushing scores. He had similar production in 2021 with 59 catches for 860 yards (14.6) but scored only two touchdowns. With the Steelers transitioning from Ben Roethlisberger to Mitch Trubisky and Kenny Pickett at quarterback this season, passing game numbers have sagged. Claypool has 32 receptions for 311 yards (9.7) with one touchdown.

Mooney leads the Bears with 25 receptions for 364 yards this season and is yet to get into the end zone. Equanimeous St. Brown has 11 catches for 164 yards and one touchdown, and free-agent signing Byron Pringle has only two receptions as he has been injured on and off since the start of training camp.

The Bears traded a 2024 seventh-round pick to the New England Patriots for N’Keal Harry, who caught a touchdown in Sunday’s 49-29 loss to the Dallas Cowboys. But Claypool is a more polished big target than Harry and can project immediately as the boundary X receiver in an offense that has been functioning without one.

Claypool, 6-foot-4, 238 pounds, created a buzz at the 2020 scouting combine when he ran the 40-yard dash in 4.42 seconds. Calvin Johnson is the only other receiver bigger than 6-foot-4 and 235 pounds to run that fast. This is not to compare Claypool to Johnson (4.35 seconds) but to point out that he’s got a great combination of size, length and speed.

The Steelers can replace Claypool by giving more action to rookie George Pickens, whom they selected 52nd overall, four spots after the Bears chose safety Jaquan Brisker with the pick received in the Khalil Mack trade.

“Great get for the Bears,” texted one AFC personnel man. “He’s a playmaker, though not the cleanest hands. Hopefully he stays focused in the big city and off social media. He loves attention.”

Another veteran evaluator said the Bears paid a new car price for a used vehicle, but the Bears didn’t need to wait for the remainder of the season to play out to determine they were going to be desperate for help at the position. Knowing there isn’t a lot that will be available in free agency, Poles probably had to get aggressive.

In a span of less than 24 hours, the Bears downgraded their second-round pick and traded Smith to acquire Claypool, a fifth-round pick and a throw-in veteran linebacker in A.J. Klein. There will be plenty of moving parts going forward for Poles and more help will be needed for Fields. This is a step in that direction.

Past US presidents, VPs asked to recheck for classified docs – Twin Cities