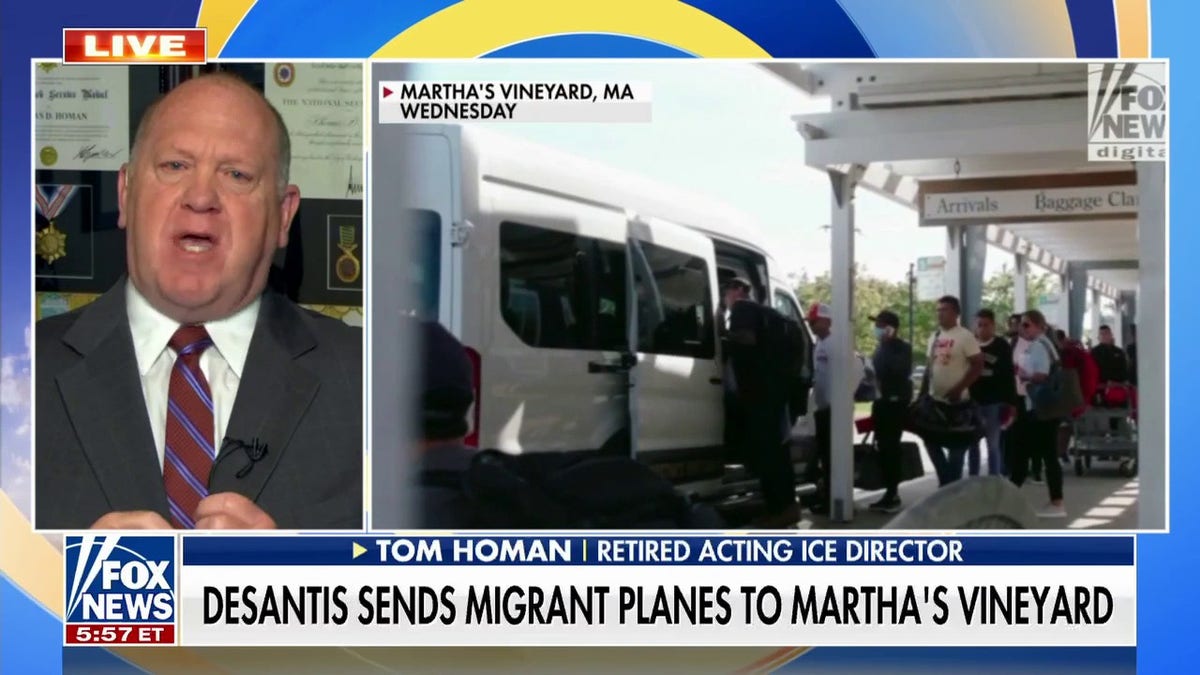 TOM HOMAN: I think it’s fantastic. He must be watching Fox News because last week I said, let’s add Massachusetts to that list along with Philadelphia, Portland and Seattle. But I want to make one comment about what we just heard. They said it’s inhumane. It’s cruel. They’re invoking religion. Look, you know what’s inhumane, what’s cruel? It’s just open borders. And these sanctuary cities incentivize illegal immigration. What’s inhumane is you’ve got over 1,300 migrants who have died on U.S. soil since Joe Biden became president. We have over 100,000 Americans who have died from fentanyl overdoses because of the open border. We have 31% of women making that journey with the criminal cartels that get sexually assaulted. We got children drowning in the river. That’s inhumane. That’s cruel. And these sanctuary cities are part of the problem because they incentivize people to come to this country legally, to get to their city, to be protected from ICE and other law enforcement.

WATCH THE FULL VIDEO BELOW:

This article was written by Fox News staff.