Too many Christians are afraid to admit they’re wrong, argues Tim Keller in ‘Forgive’ Keller cites a famous parable found in the New Testament Book of Matthew, where a king forgives one of his servants, who owes a fortune and can’t repay. Rather than be grateful, the servant turns around and has one of his co-workers, who owed him a pittance, tossed in jail.

When the king finds out he is furious and revokes his initial forgiveness.

“We should not miss the confrontational nature of this parable,” Keller writes in “Forgive: Why Should I and How Can I?” out Tuesday (Nov. 1) from Viking. “Jesus’ parable about forgiveness is not a feel-good story about people receiving God’s forgiveness and then eagerly spreading the love to others. Rather, it is a story about a man asking for forgiveness and then being utterly unchanged when he got it.”

The new book comes at a time when Americans are experiencing a forgiveness crisis, Keller argues, in part because the idea of forgiveness has often been misused, especially in religious circles. At times, he writes, survivors of abuse have been pressured to forgive those abusers and just move on. Or forgiveness is used to cover up the truth about the harm people have done to others.

“People have used forgiveness as a way of destroying the truth,” said Keller. 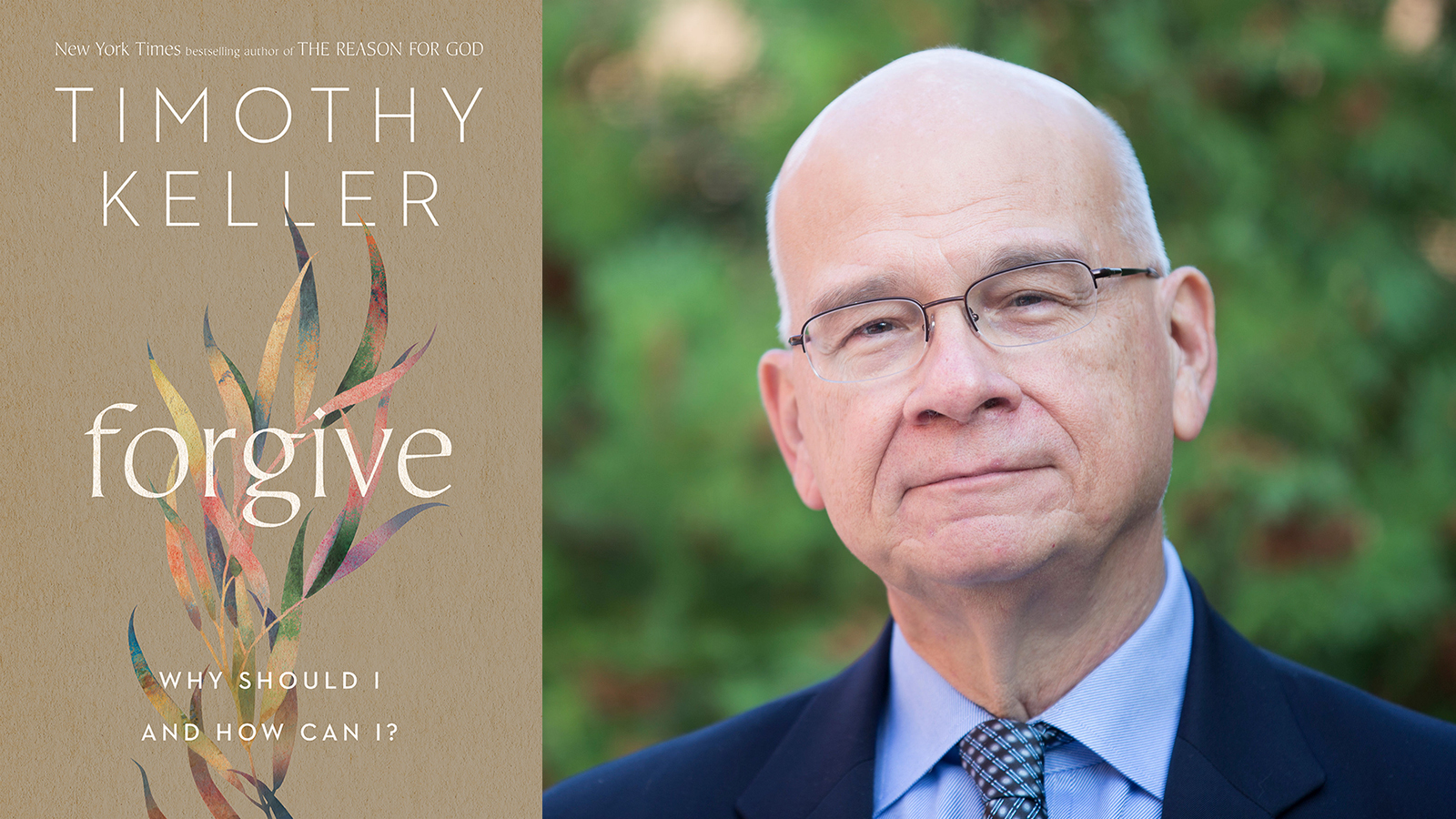 “Forgive: Why Should I and How Can I?” and author Timothy Keller. Photo by Andrew Chan

The longtime pastor in New York City, whose books have sold more than 3 million copies, believes forgiveness is not possible without truth. He links the term forgiveness with the idea of “repentance,” which he says has fallen out of fashion.

That term, he told Religion News Service in an interview, means being truthful about our shortcomings and misconduct.

“The word repent means asking for forgiveness,” he said. “If you don’t think you’ve done anything wrong, you have not repented.”

Keller, who retired as pastor of Redeemer Presbyterian Church in 2017, has remained active in recent years despite being treated for pancreatic cancer. He is currently undergoing immunotherapy, which he said has shrunk some of his tumors.

“It has given me more time,” he said.

Known for his conservative but nonconfrontational approach to ministry, Keller has come under fire in recent months by those who say his “winsome” approach to engaging with culture no longer works in such a polarized time. Keller told Religion News Service he finds such criticism puzzling. As an evangelical pastor in New York, he said, his views were often in conflict with the broader culture. But that was not going to stop him from acting like a Christian.

“This was never the neutral territory,” he said. “We always had opposition.”

In 2017, Princeton Theological Seminary announced plans to give Keller the Kuyper Prize for Excellence in Reformed Theology and Public Witness but later reversed course due to concerns about Keller’s views on women in ministry and LGBT rights. Early on in the book, Keller quotes the late Desmond Tutu, the South African cleric; the late author bell hooks; and former New York Times columnist, now Atlantic columnist Elizabeth Bruenig about the importance of forgiveness and the need to balance justice with recognizing the humanity of those who do harm.

The quote from hooks, taken from a conversation with poet Maya Angelou, makes that point in a forceful way.

“For me,” hooks said, “forgiveness and compassion are always linked: How do we hold people accountable for their wrongdoing and yet at the same time remain in touch with their humanity enough to believe in the capacity to be transformed?”

In the book, Keller lays out why forgiveness is needed and outlines a step-by-step approach to how forgiveness can be granted in a healthy way — both on a societal level and in the mundane, day-to-day conflicts most people experience.

In an interview, Keller admitted that in the past, he’s struggled with granting forgiveness.

Early in his marriage, Keller said, he at times withheld forgiveness from his wife, even if she said she was sorry for doing something. Doing that, he said, gave him a sense of superiority but also allowed him to hold on to the sense he had been wronged. That led to struggles in their marriage — something they had to work through.

Withholding forgiveness can give people a sense of power over others, he argues.

“If you are out to punish someone,” he said, “you make it really hard for them to ask for forgiveness.”

For Keller, one of the key aspects of forgiveness is what he calls “willing the good of the wrongdoer.” The idea is drawn from the command of Jesus that his followers love their enemies.

“A secret to overcoming evil is to see it as something distinct from the evildoer,” he writes. “Our true enemy is the evil in the person and we want it defeated in him or her.” 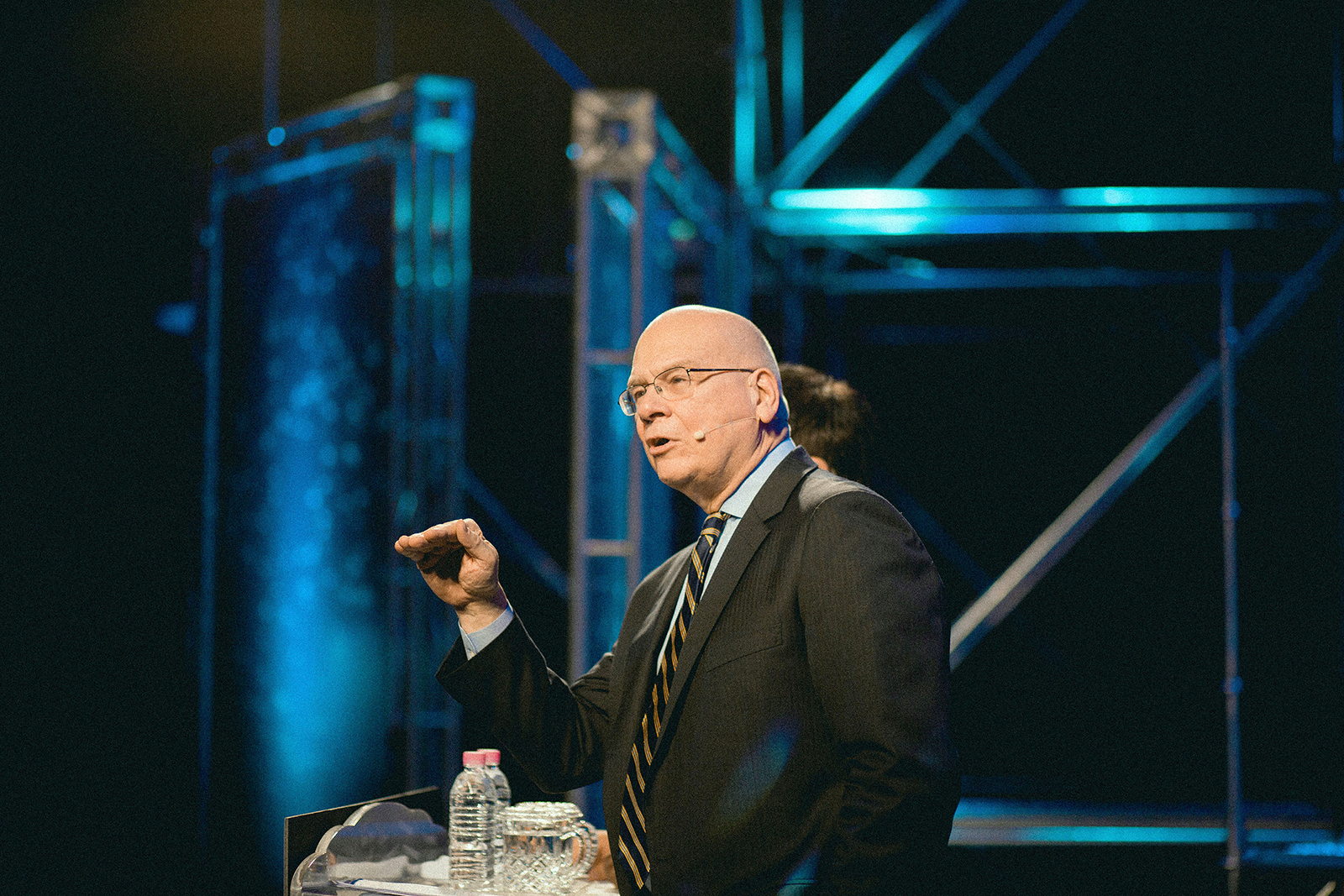 Keller worries that in our polarized and highly litigious society, forgiveness is seen as weak or unwise. He also wonders if the fear of being canceled has made people unwilling to admit when they have done something wrong.

As a pastor, Keller argues reconciliation is the long-term goal of forgiveness. Forgiveness can open the door to restored relationships if those who have done harm are willing to make amends for their actions.

He also warns that forgiveness does not mean there are no consequences for misconduct. In particular, he said, a pastor or church leader who is guilty of misconduct can be forgiven, but may lose the right to ever be placed in spiritual authority again.

Keller also stressed that after forgiveness, trust has to be earned.

“I actually don’t think that if somebody has forgiven me, that means they have to trust me,” he said. “Forgiven people are not necessarily automatically restored exactly where they were. You have to have time to rebuild trust in people. And you need to recognize that and not resent it if they don’t trust you right away.”

RELATED: Tim Keller’s new book is not about cancer, but race, justice and resurrection

Why Americans are leaving their churches

Vatican Swiss Guard slayings back in spotlight with new book