A senior Federal Reserve official has said the US central bank must lift interest rates to a level that restrains economic activity and keep them there until policymakers are “convinced” that rampant inflation is subsiding.

In an interview with the Financial Times, Thomas Barkin, president of the Fed’s Richmond branch, said the central bank had already shifted its monetary policy towards much tighter settings to rein in the worse price pressures in roughly four decades.

However, he said that in order to restore price stability, the Fed would need to tighten policy further so that so-called real interest rates, which are adjusted for inflation, sit above zero.

“You do have to move to a level where inflation expectations come down in order to have enough restriction on the economy to bring inflation down,” Barkin said on Tuesday. “The destination is real rates in positive territory and my intent would be to maintain them there until such time as we really are convinced that we put inflation to bed.”

Several of Barkin’s colleagues, including John Williams of New York, have recently indicated that the federal funds rate will probably need to rise above 3.5 per cent and remain there in 2023. That is well above its current target range of 2.25 per cent to 2.50 per cent. Cleveland’s Loretta Mester, meanwhile, backed rates rising above 4 per cent by early next year.

Those levels “would not surprise me at all”, said Barkin, who noted he favoured using near-term inflation expectations to calculate what constitutes a positive “real” interest rate.

In terms of how fast the Fed should move to reach such a threshold, he said: “I have a bias in general towards moving more quickly, rather than more slowly, as long as you don’t inadvertently break something along the way.”

Barkin’s comments come as Fed officials chart the next phase of their historic tightening cycle, which is already proceeding at the most aggressive pace since 1981.

The policy-setting Federal Open Market Committee faces the choice of implementing a third-consecutive 0.75 percentage point rate rise at its meeting later this month or slowing the pace to half-point adjustments.

Barkin, who will next be a voting member on the committee in 2024, said he has not yet decided on the size of the next increase he will back, but emphasised the resilience of the US economy and that more work needed to be done to cool things off.

“The economy is still moving forward [and] its momentum hasn’t been halted,” he said, noting that the labour market is still “very tight”.

Over 300,000 positions were added in August, while in a welcome sign, the labour market grew in size. As more people sought jobs but had yet to secure positions, the unemployment rate rose by 0.2 percentage points to 3.7 per cent — still a historic low.

Barkin, like other Fed officials, is looking ahead to the next inflation report, which is due to be released next week during the central bank’s official blackout period, when public communications are limited.

Price pressures eased slightly in July as energy prices, which had skyrocketed as a result of Russia’s invasion of Ukraine, dropped. While the annual inflation rate fell marginally to 8.5 per cent, once volatile items such as energy and food prices were stripped out, “core” inflation showed little sign of receding.

In a widely watched speech delivered late last month in Jackson Hole, Wyoming, Fed chair Jay Powell said the central bank “must keep at it” until it has restored price stability. 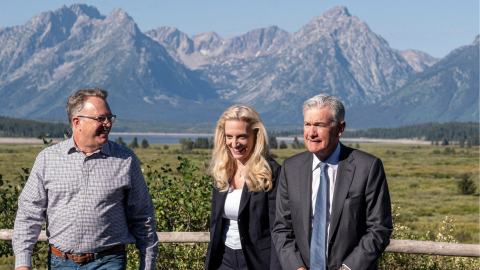 But once rates move past “neutral”, meaning they neither stimulate nor restrain growth, Barkin said it will be “completely appropriate” to consider the risks of over-tightening.

Like Powell — who last month warned that taming inflation is likely to require “some pain” for households and businesses given an expected period of slow growth and labour market losses — Barkin cautioned the process will not be costless.

An easing of supply chain constraints globally or an influx of new workers into the labour force could help reduce the extent to which the Fed will need to damp demand, meaning a more mild economic contraction than expected.

South Korean regulators to prepare guidelines for security tokens in 2022

WOOD PROTECTOR – biocide-free wax impregnation – especially for the use in wet rooms!