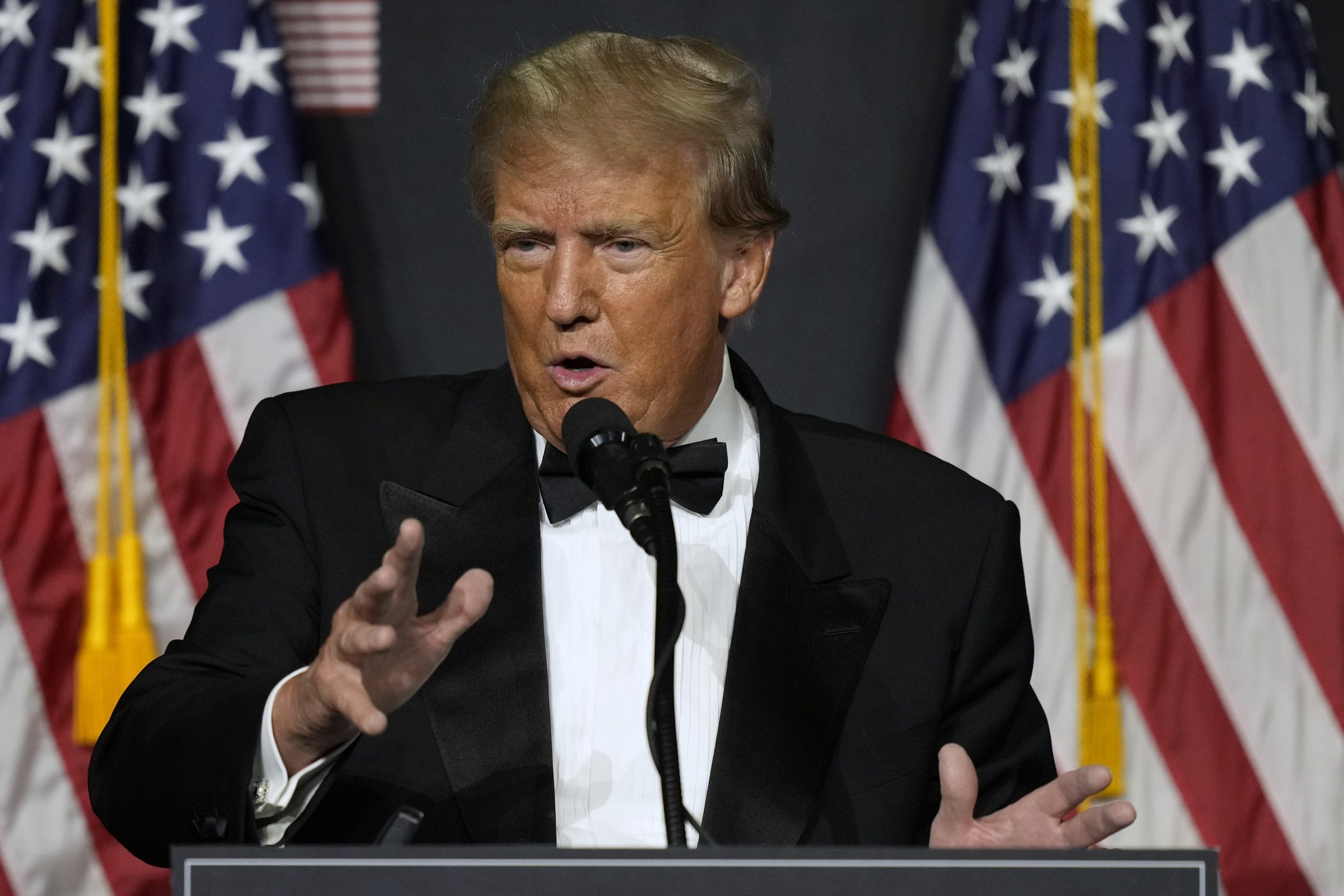 Elon Musk reinstated Donald Trump’s account on Twitter on Saturday, reversing a ban that has kept the former president off the social media site since a pro-Trump mob attacked the U.S. Capitol on Jan. 6, 2021, as Congress was poised to certify Joe Biden’s election victory.

Musk made the announcement in the evening after holding a poll that asked Twitter users to click “yes” or “no” on whether Trump’s account should be restored. The “yes” vote won, with 51.8%. Previously, Musk had said Twitter would establish new procedures and a “content moderation council” before making decisions to restore suspended accounts.

“The people have spoken. Trump will be reinstated. Vox Populi, Vox Dei,” Musk tweeted, using a Latin phrase meaning “the voice of the people, the voice of God.”

Shortly afterward Trump’s account, which had earlier appeared as suspended, reappeared on the platform complete with his former tweets, more than 59,000 of them. His followers were gone, at least initially, but he quickly began regaining them. There were no new tweets from the account as of late Saturday, however.

Musk restored the account less than a month after the Tesla CEO took control of Twitter and four days after Trump announced his candidacy for the 2024 presidential race.

It is not clear whether Trump would actually return to Twitter. An irrepressible tweeter before he was banned, Trump has said in the past that he would not rejoin even if his account was reinstated. He has been relying on his own, much smaller social media site, Truth Social, which he launched after being blocked from Twitter.

And on Saturday, during a video speech to a Republican Jewish group meeting in Las Vegas, Trump said that he was aware of Musk’s poll but that he saw “a lot of problems at Twitter.”

“I hear we’re getting a big vote to also go back on Twitter. I don’t see it because I don’t see any reason for it,” Trump said. “It may make it, it may not make it,” he added, apparently referring to Twitter’s recent internal upheavals.

The prospect of restoring Trump’s presence to the platform follows Musk’s purchase last month of Twitter — an acquisition that has fanned widespread concern that the billionaire owner will allow purveyors of lies and misinformation to flourish on the site. Musk has frequently expressed his belief that Twitter had become too restrictive of freewheeling speech.

His efforts to reshape the site have been both swift and chaotic. Musk has fired many of the company’s 7,500 full-time workers and an untold number of contractors who are responsible for content moderation and other crucial responsibilities. His demand that remaining employees pledge to “extremely hardcore” work triggered a wave of resignations, including hundreds of software engineers.

Users have reported seeing increased spam and scams on their feeds and in their direct messages, among other glitches, in the aftermath of the mass layoffs and worker exodus. Some programmers who were fired or resigned this week warned that Twitter may soon fray so badly it could actually crash.

Musk’s online survey, posted on his own Twitter account, drew more than 15 million votes in the 24 hours in which it ran.

Musk conceded that the results were hardly scientific. “Bot & troll armies might be running out of steam soon,” he tweeted Saturday morning. “Some interesting lessons to clean up future polls.”

It’s not the first time he’s used Twitter polling to make business decisions. Last year he sold millions of shares of his Tesla stock after asking his followers whether he should.

Democratic U.S. Rep. Alexandria Ocasio-Cortez of New York responded to Musk’s poll on Trump by tweeting video of the Jan. 6 insurrection. She tweeted Friday that when Trump was last on Twitter, it “was used to incite an insurrection, multiple people died, the Vice President of the United States was nearly assassinated, and hundreds were injured but I guess that’s not enough for you to answer the question. Twitter poll it is.”

Trump lost his access to Twitter two days after his supporters stormed the Capitol, soon after the former president had exhorted them to “fight like hell.” Twitter dropped his account after Trump wrote a pair of tweets that the company said cast further doubts on the legitimacy of the presidential election and raised risks for the Biden presidential inauguration.

Throughout his tenure as president, Trump’s use of social media posed a significant challenge to major social media platforms that sought to balance the public’s interest in hearing from public officials with worries about misinformation, bigotry, harassment and incitement of violence.

But in a speech at an auto conference in May, Musk asserted that Twitter’s ban of Trump was a “morally bad decision” and “foolish in the extreme.”

Earlier this month, Musk, who completed the $44 billion takeover of Twitter in late October, declared that the company wouldn’t let anyone who had been kicked off the site return until Twitter had established procedures on how to do so, including forming a “content moderation council.”

On Friday, Musk tweeted that the suspended Twitter accounts for the comedian Kathy Griffin, the Canadian psychologist Jordan Peterson and the conservative Christian news satire website Babylon Bee had been reinstated. He added that a decision on Trump had not yet been made. He also responded “no” when someone on Twitter asked him to reinstate the conspiracy theorist Alex Jones’ account.

He explained that a tweet deemed to be “negative” or to include “hate” would be allowed on the site but would be visible only to users who specifically searched for it. Such tweets also would be “demonetized, so no ads or other revenue to Twitter,” Musk said.

Kanye West’s anti-Semitic outbursts: A timeline that includes being kicked off…