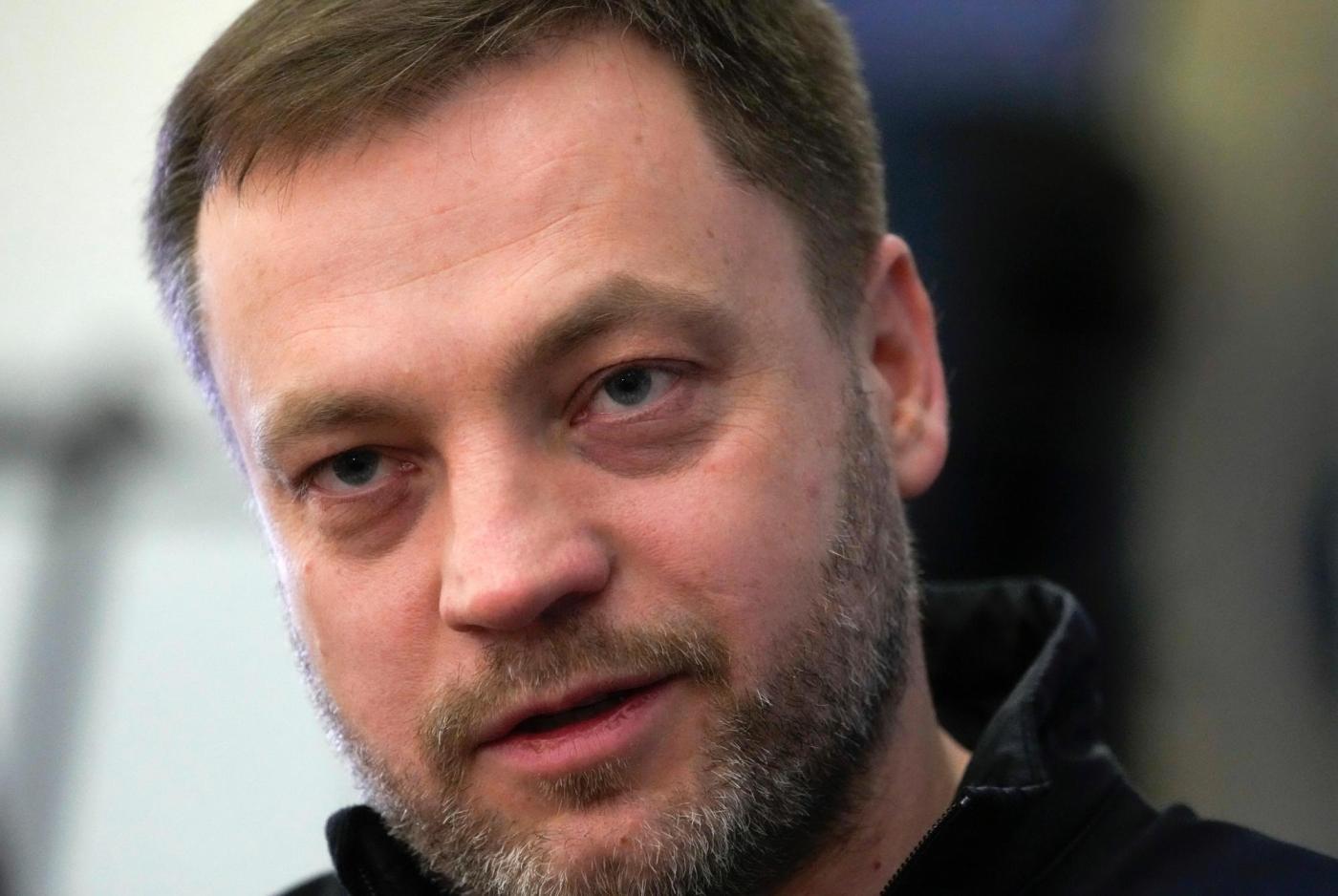 BROVARY, Ukraine (AP) — A helicopter carrying Ukraine’s interior minister crashed into a kindergarten in a foggy residential suburb of Kyiv on Wednesday, killing him and about a dozen other people, including a child on the ground, authorities said.

Interior Minister Denys Monastyrskyi, who oversaw the country’s police and emergency services, is the most senior official killed since Russia invaded nearly 11 months ago. His death, along with the rest of his ministry’s leadership and the entire helicopter crew, was the second major calamity in four days to befall Ukraine, after a Russian missile struck an apartment building in the southeastern city of Dnipro, killing dozens of civilians.

There was no immediate word on whether the helicopter crash, which occurred on a foggy morning in the capital’s eastern suburb of Brovary, was an accident or related to the war. Ukrainian authorities immediately opened an investigation. No fighting has been reported recently in the capital region.

President Volodymyr Zelenskyy said the crash had a broad connection to the war as he addressed the World Economic Forum in Davos, Switzerland, by video link.

“This is not an accident because it has been due to war and the war has many dimensions, not just on the battlefields,” he said after asking the Davos audience to stand and join him in a minute of silence to honor those killed. “There are no accidents at wartime. These are all war results.”

Ukraine’s State Emergency Service said at least 14 people were killed, including nine aboard the helicopter, and a child on the ground. It said 25 people were injured, including 11 children. Early official reports gave differing numbers of casualties.

Zelenskyy, writing on Telegram, described the crash as “a terrible tragedy” on a “black morning.”

“The pain is unspeakable,” he wrote. His wife, who was in Davos, earlier broke into tears upon learning of the crash.

British Home Secretary Suella Braverman called the 42-year-old Monastyrskyi “a leading light in supporting the Ukrainian people during (Russian President Vladimir) Putin’s illegal invasion.” She said she was “struck by his determination, optimism and patriotism.”

Monastyrskyi was in charge of police and emergency services that dealt with the consequences of Russian strikes and de-mining, political analyst Volodymyr Fesenko told The Associated Press.

Monastyrskyi’s deputy Yevhen Yenin and State Secretary of the Ministry of Internal Affairs Yurii Lubkovych were among those killed, according to the National Police.

Senior Ukrainian officials routinely travel by helicopter at low altitudes and high speed during the conflict, increasing the inherent dangers associated with the flights. The tragedy may prompt Kyiv to institute a rule many countries and companies follow stating that top officials shouldn’t fly on the same aircraft, Fesenko said.

The officials on the helicopter were due to visit Ukraine’s northeastern Kharkiv region, local police chief Volodymyr Tymoshko said, adding on Facebook that they were “not just leaders,” but “friends who I respected.”

At the crash scene, at least four bodies were covered by reflective sheets. Officials cleared charred, mangled wreckage lying against an apartment building and in a playground. Some walls were partly demolished and blackened.

A spokesperson for Ukraine’s air force, Yurii Ihnat, told a television channel the helicopter was a French-manufactured Super Puma.

A French defense official said the helicopter was sold to Ukraine in 2019, before the war that began Feb. 24. He spoke on condition of anonymity because he was not authorized to be identified, according to ministry policy.

The Security Service of Ukraine is investigating, prosecutor general Andriy Kostin said. “For now, we are considering all possible versions of the helicopter crash accident,” he said on Telegram.

The crash came at a particularly dark period in the war for Ukraine, just days after the Russian strike on the apartment building in southeastern Ukraine killed 45 people, including six children — the deadliest attack on civilians since the spring.

“Another very sad day today — new losses,” said Ukraine’s first lady, Olena Zelenska, dabbing teary eyes and pinching her nose as she responded to the news while at the World Economic Forum.

The forum held 15 seconds of silence after opening the session to honor the Ukrainian officials killed.

“Haven’t had time to recover from one tragedy, there is already another one,” said the deputy head of the Ukrainian presidential office Kyrylo Tymoshenko.

British Prime Minister Rishi Sunak tweeted his condolences, adding that Ukrainians will continue to die as long as Putin “continues his needless war.”

German Chancellor Olaf Scholz, who is facing pressure to send tanks to Ukraine, tweeted that the crash “shows once again the huge price that Ukraine is having to pay in this war.”

In other developments Wednesday:

— Putin defended his invasion by offering a variation on arguments he has used previously. He told a group of veterans that Moscow’s actions were intended to stop a “war” that has raged since 2014 in eastern Ukraine, where Russia-backed separatists have battled Ukrainian forces.

“All what we are doing today as part of the special military operation is an attempt to stop this war. This is the meaning of our operation — protecting people who live on those territories,” he said.

Ukraine and its Western allies have rejected Russia’s justifications arguments, saying Kyiv posed no threat to Moscow and the invasion was unprovoked.

“There must be no military infrastructure in Ukraine that poses a direct threat to our country,” Lavrov said at his annual news conference. He claimed the goal of Ukraine’s Western allies is to use the conflict to exhaust Russia.

— Fighting continued in eastern Ukraine around the city of Bakhmut and the nearby salt mining town of Soledar, according to Donetsk Gov. Pavlo Kyrylenko. A total of 14 cities and villages were shelled in the partially occupied Donetsk region in the previous 24 hours, Ukraine’s presidential office said. Two civilians were wounded.

It added that Russian forces also shelled residential areas of the southern city of Kherson, which Kyiv’s military retook in November. Four people were wounded.

Follow AP’s coverage of the war in Ukraine: https://apnews.com/hub/russia-ukraine

Will Democrats raise some taxes when there’s a historic $17.6 billion surplus? – Twin…