What we learned from the Chicago Bears, including the selection of Justin Fields and Roquan Smith as team captains – Twin Cities 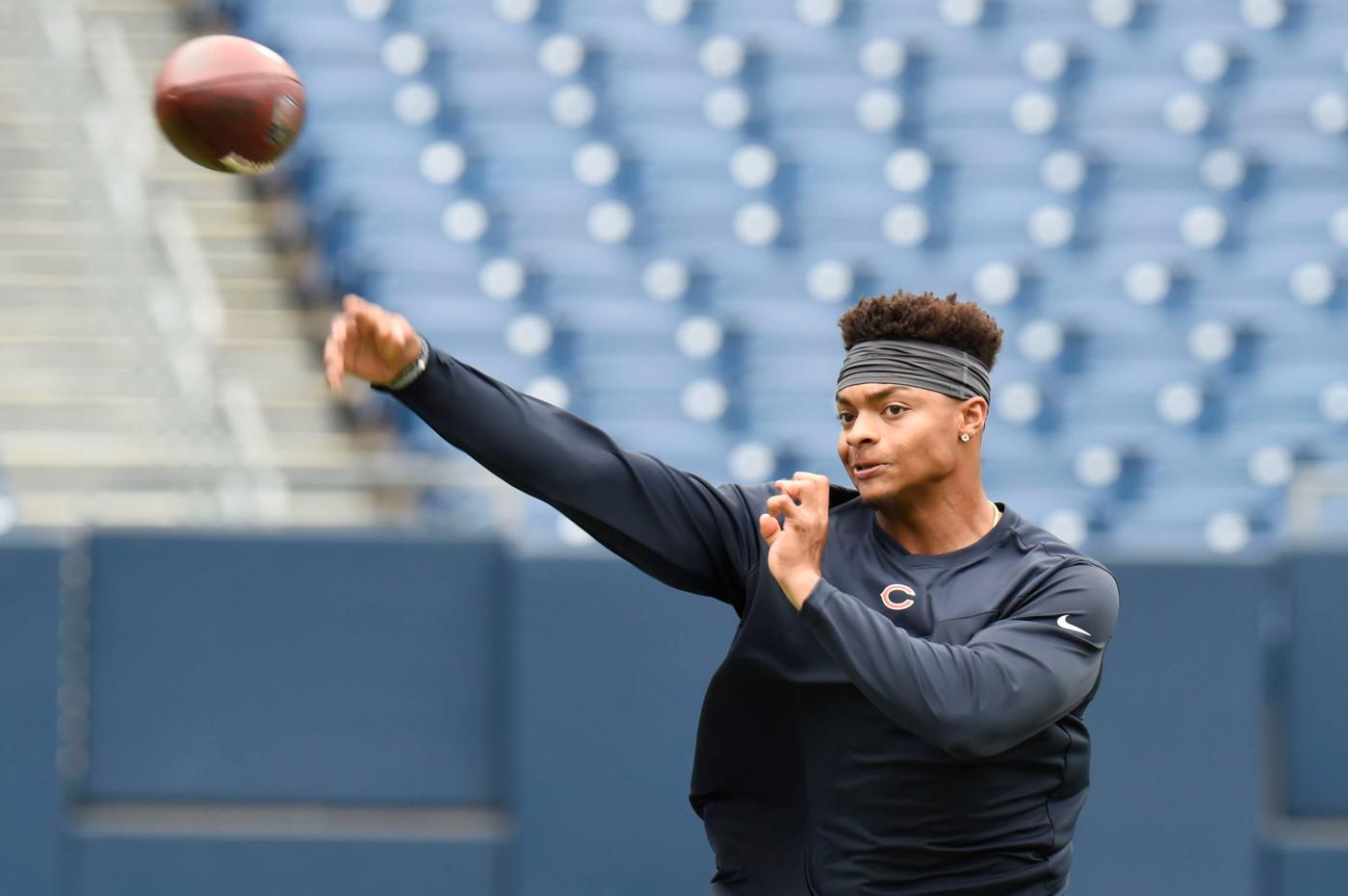 The Chicago Bears held a lengthier padded practice Wednesday, their longest session of the week as they prepare to face the San Francisco 49ers on Sunday at Soldier Field.

As Week 1 arrives, coaches and players feel energized by the collective buy-in they’ve been able to attain since coach Matt Eberflus arrived. Now it’s about putting things to the test in the season opener.

Here’s what else we learned Wednesday in Lake Forest.

1. The Bears named four permanent captains for the 2022 season.

After a player vote, quarterback Justin Fields, linebacker Roquan Smith, defensive end Robert Quinn and guard Cody Whitehair were given the honor of serving as team captains. The Bears also will have one rotating captain each week, with running back David Montgomery assuming that role for Week 1.

Eberflus explained his thinking behind wanting players locked in as captains for the entire season.

“It’s a function of leadership,” he said. “I told the guys when we named the captains that the first rule of leadership is leading yourself. I also say that everybody in the room is a leader. So we all have to do a great job of leading ourselves … and we lead by modeling the behavior we wish to see in our teammates.”

Through that lens, it’s little surprise that Fields has earned the trust of his teammates. The second-year quarterback touched on the responsibilities he’ll assume in a captain’s role.

“It’s just making sure our culture stays the way it is,” he said.

Perhaps as noteworthy was the elevation of Smith into a designated leadership role. The standout linebacker missed the first 15 practices of training camp this summer as he staged a “hold-in” to protest the lack of progress in negotiations for a contract extension. Those talks eventually stalled completely, with Smith calling them “distasteful.”

Eberflus said Smith’s selection as a captain is proof of how his teammates value him and that it has been important for coaches and players to separate Smith’s contract squabble from his dedication to his football responsibilities.

2. Justin Fields is drawing little to no motivation this week from the 49ers passing him over in the 2021 draft.

The 49ers traded a stockpile of picks to the Miami Dolphins in March 2021 in exchange for the No. 3 selection and the ability to draft their next franchise quarterback. After the Jacksonville Jaguars selected Trevor Lawrence at No. 1 and the New York Jets took Zach Wilson, the 49ers picked Trey Lance, who will start Sunday against the Bears.

Fields lasted eight more selections before the Bears vaulted to No. 11 to draft him.

“He’s going to shine for sure (this season),” Mooney said. “He’s going to blossom. He’s going to prove everything that everybody doubted him on — especially in Week 1. That (49ers) team passed on him, so they’re going to have to pay a little bit for that.”

Fields, though, downplayed that sentiment.

“Just Moon being Moon,” he said Wednesday. “The draft is the draft. The (2021) draft order doesn’t matter at this point. … It’s Week 1 and we’re here to play ball. We’re not worried about last year’s draft or ‘Oh, this team passed on me.’ I’m not thinking about that. It’s not going through my head.”

As for where he draws his motivation?

“My guys in my locker room,” Fields said, “and just seeing the work we put in. Coach says all the time, it’s about us. It’s not about the 49ers this week. It’s about us — how we play, how we execute.”

The Bears had to file their first official injury report of the season and Patrick was not listed, cleared to participate fully in Wednesday’s practice. The veteran offensive lineman suffered an injury to his right hand in the first week of training camp, needed surgery shortly after and didn’t practice at all in August.

He returned to the field this week, with the Bears hopeful to work him back into the line as soon as possible. But Patrick is probably not ready to snap a football, which means he’s unlikely to play center this week.

If he is cleared to start and gets bumped over to guard, that would create a ripple effect on the interior of the line. Whitehair has been anchored at left guard since camp began with Sam Mustipher holding down the center role in Patrick’s absence. Teven Jenkins, meanwhile, is continuing his transition to right guard.

Patrick said he could be “super functional” if he had to play with a cast on his hand.

“I’ve done it before in my career,” he said. “My rookie year, I broke my hand and played all camp with that. Early on in my career in Green Bay, I played with a club later in the season. So it’s nothing new for me.”