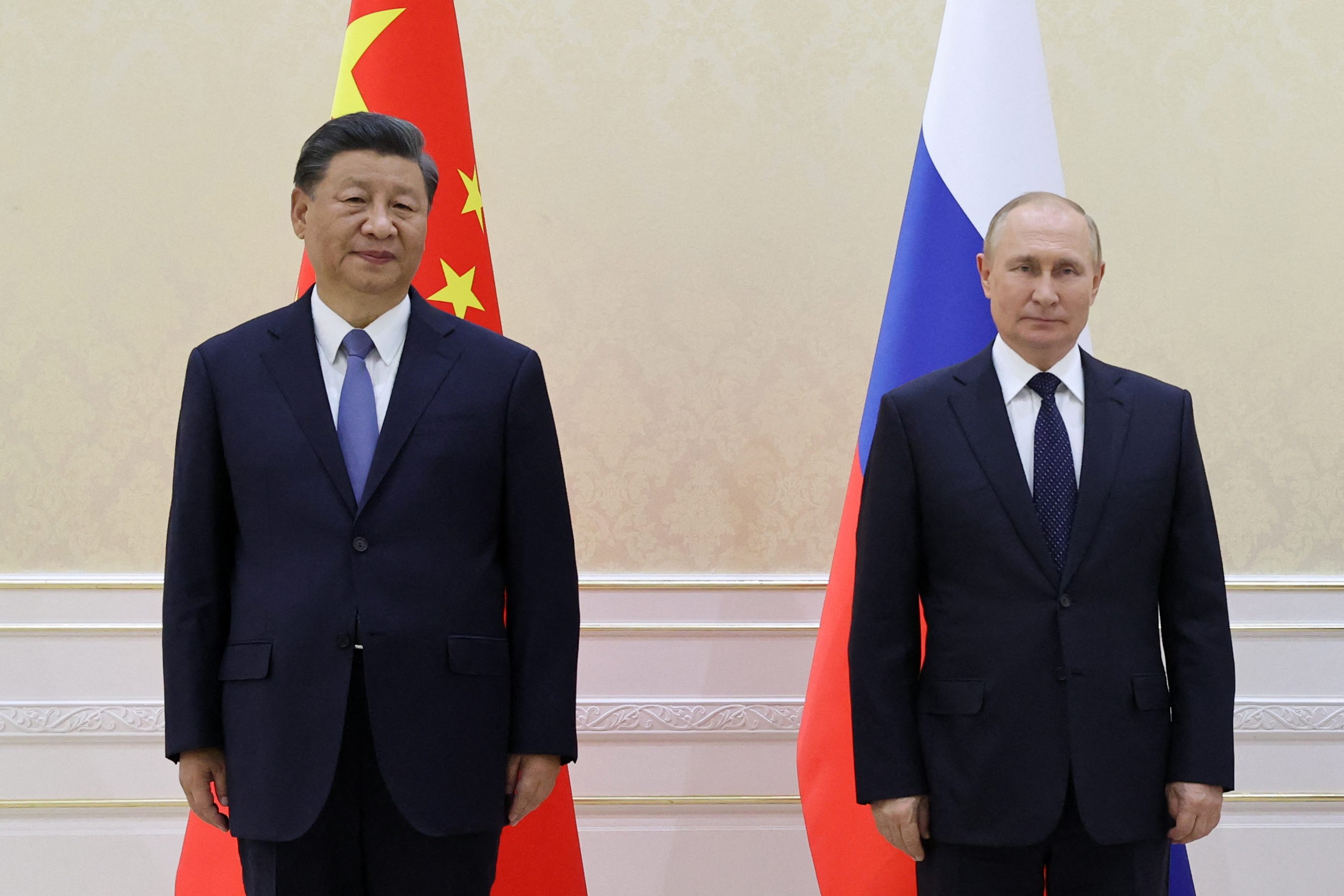 Chinese President Xi Jinping and Russian President Vladimir Putin met for the first time since Russia invaded Ukraine on the sidelines of a Beijing-led summit in Uzbekistan on Thursday.

It was Xi’s first overseas trip since the COVID-19 pandemic began.

Xi called Putin his “old friend” and promised to “work with Russia [and] display the responsibility of the major powers [to] play a leading role to inject stability and positive energy to a world in chaos.”

But in a surprise declaration, Putin admitted that Russia “understood” China’s “questions and concerns” about the Ukraine invasion and vowed to “explain” its position to Beijing, suggesting that Sino-Russian tensions have been brewing over the war.

“We highly value the balanced position of our Chinese friends when it comes to the Ukraine crisis,” Putin told Xi.

Since Russia’s invasion on Feb. 24, China has toed a delicate line between avoiding violating Western sanctions against Russia, and denouncing the “abuse of sanctions” and the “Cold War mentality.”

Beijing has not openly supported Russia’s war, nor provided any material support for Moscow and its military, but it has refused to condemn Putin’s actions in Ukraine.

Only a few weeks before Russia’s invasion, Xi and Putin declared a “no limits” friendship during a February summit. This relationship is now being tested—and Putin’s Thursday comments could indicate a turning point that suggests Beijing’s unhappiness with Russia.

Ian Bremmer, founder of political risk consultancy Eurasia Group and political science professor at Columbia University, tweeted that Putin’s admission is the “first public sign of [Russia] recognizing pressure to back down. Russia has become a pariah to the G7 because of [its] invasion. China wants no part of that.”

Putin’s invasion also raised red flags for Beijing’s pursuit of energy security; Russia is one of China’s top energy suppliers. It showed Xi that Putin is a potentially “unpredictable and unreliable” partner, Edward Chow, senior associate of energy security and climate change at the Center for Strategic and International Studies (CSIS), told Fortune in July.

Still, the war is leading Moscow to depend even more on Beijing. Sino-Russian ties have deepened over the past decade, but the war emphasizes Russia’s status as the “junior partner” in the relationship. “Russia needs China more than China needs it,” Robert Daly, director at the Kissinger Institute on China and the United States, told Fortune earlier this year.

Russia is also relying on nations like China and India to buy its oil, natural gas, and coal as Western nations shun Russian energy. China felt obligated to “take advantage” of Russia moving its crude at bargain prices, Chow said during a July event. Chinese companies have been expanding their Russian presence in recent years, but the war—and resulting exit of over 1,000 international firms—have allowed Chinese brands to seize greater market share.

Xi and Putin’s meeting took place during a Shanghai Cooperation Organization (SCO) summit, a China-led, eight-member group that seeks to act as a counterbalance to U.S.-led, Western alliances. Xi is sending a “clear” message about which world leaders are China’s friends “in ways and under terms…that the Chinese can lay down,” Steve Tsang, director of the China Institute at SOAS University of London, told Reuters.

Moscow for its part, expressed “solidarity” for Beijing’s stance on Taiwan, which China claims as its territory. “We…firmly adhere to the principle of ‘One China,’” Putin said during the event.

On Thursday, Washington called on Beijing to take a stand against Russia’s war on Ukraine. No country should remain “on the sidelines,” John Kirby, White House spokesperson, told CNN as Xi and Putin met in Uzbekistan. “The whole world should be lined up against what Putin is doing,” Kirby said.